New York Times on Governor Bush’s visit to Minnesota.  Someone needs to write some new material for the “skeptics” these newspapers put in for “balance” in their stories. It’s the same stuff every time and it is still weak.

“Governor Bush has been at the forefront of education reform,” said Michael W. Grebe, president and chief executive officer of the Bradley Foundation.  “During his administration and since, Florida students have made incredible gains.  He has also been a vocal advocate for school choice.”

Congratulations to Governor Bush and to the entire Florida reform team!

Jeb Bush has an op-ed in today’s Wall Street Journal that gets the new year off to the right start.  Here’s a taste:

For the last decade, Florida has graded schools on a scale of A to F, based solely on standardized test scores. When we started, many complained that “labeling” a school with an F would demoralize students and do more harm than good. Instead, it energized parents and the community to demand change from the adults running the system. School leadership responded with innovation and a sense of urgency. The number of F schools has since plummeted while the number of A and B schools has quadrupled.

Another reform: Florida ended automatic, “social” promotion for third-grade students who couldn’t read. Again, the opposition to this hard-edged policy was fierce. Holding back illiterate students seemed to generate a far greater outcry than did the disturbing reality that more than 25% of students couldn’t read by the time they entered fourth grade. But today? According to Florida state reading tests, illiteracy in the third grade is down to 16%.

Rewards and consequences work. Florida schools that earn an A or improve by a letter grade are rewarded with cash—up to $100 per pupil annually. If a public school doesn’t measure up, families have an unprecedented array of other options: public school choice, charter schools, vouchers for pre-K students, virtual schools, tax-credit scholarships, and vouchers for students with disabilities.

Choice is the catalytic converter here, accelerating the benefits of other education reforms. Almost 300,000 students opt for one of these alternatives, and research from the Manhattan Institute, Cornell and Harvard shows that Florida’s public schools have improved in the face of competition provided by the many school-choice programs.

Florida’s experience busts the myth that poverty, language barriers, absent parents and broken homes explain failure in school. It is simply not true. Our experience also proves that leadership, courage and an unwavering commitment to reform—not demographics or demagoguery—will determine our destiny as a nation.

Education Week on Jeb Bush’s growing K-12 influence. Over on the Gradebook blog, Jeff Solochek previews the year ahead in Florida K-12 reform.

The Way of the Future: Digital Learning Now! 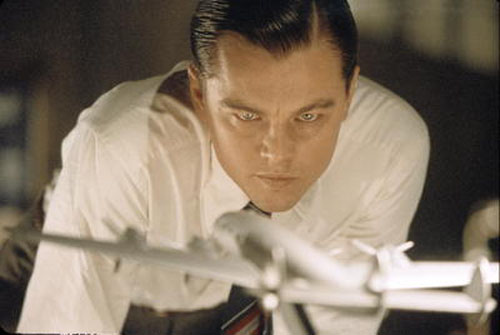 The Digital Learning Council, led by former Florida Governor Jeb Bush and former West Virginia Governor Bob Wise, released a blueprint on online learning today at  the Foundation for Excellence in Education summit in DC. The summit was a smashing success more than doubled the attendance from last year, with lawmakers, educators, activists and state superintendents from 34 states.

I have read the blueprint and think lays out a great vision for the transformation of learning. My only suggestion is that digital learning enthusiasts need to put greater emphasis on transforming private school models though technology.

If organizations were able to proliferate a number of high-quality/low-cost private schools based, with technology helping to keep costs down, I’m guessing we would see a more rapid pace of change in the public sector as well. To be sure, there are plenty of other things that already make this urgent, such as state bankruptcy and enormous educational deficits, but some healthy competition can only help matters.

The American Legislative Exchange Council released the Report Card on American Education: Ranking State K-12 Performance, Progress and Reform today coauthored by yours truly, Andy LeFevre and Dan Lips. Follow the link and check out our rankings of state NAEP performance based on the overall math and reading scores and gains of general education low-income children, and our “poll of polls” grades for K-12 policy in each state.

Everyone interested in education reform should read this book. Using a method that—by focusing on the achievement of low-income children—allows for apples-to-apples comparisons across the states, the authors present a treasure trove of eye-opening performance data and arrive at a ranking of state performance that reveals both surprising success and shocking failure. The book is well worth reading for the data alone. But it also offers a good deal more, from research summaries to methodological clarifications to model legislation—and concludes with an insightful discussion of the high-powered reforms that have helped some states out-perform others, and that offer the nation a path to improvement. I should add, finally—and with genuine admiration—that the book is beautifully written and a pleasure to read: something I can rarely say about a data analysis.

JPGB readers will of course realize that this is quite a tribute to Andy and Dan, given your painfully intimate knowledge of my garbled writing. Thanks also to Jeff Reed and Dave Myslinski from ALEC (Jeff is now rocking and rolling at the Foundation for Educational Choice), Jay and my Goldwater Institute comrades.

Check it out and let me know what you think. Be nice though: today is my birthday, which makes me even more emotionally volatile than usual.

UPDATE: Here is a link to the PDF.

We’ll have what Florida is Having

Today is the final day of session in Arizona, and I am thrilled to say that it looks like major pieces of the Florida reform cocktail will be passing. These include grading schools A-F based on student test scores and growth, alternative teacher certification, 3rd grade social promotion curtailment, expanding sources for charter school authorization, and increasing the size, transparency and accountability for our scholarship tax credit program. Arizona lawmakers also passed a provision specifying that school districts cannot use length of service as the sole criteria when laying off teachers during a reduction in force.

Governor Bush and Patricia Levesque spent their valuable time here in Arizona last October in a series of events, and Patricia came back a few months ago to do followup meetings with key players. Key philanthropic leaders stepped up to the plate with both their money and their personal time. Governor Brewer and her staff prioritized Florida reforms in her State of the State address, and the Chairmen of the Senate and House Education committees, Senator John Huppenthal and Rep. Rich Crandall, personally introduced the centerpiece bills. Many of the bills gathered strong bipartisan support.

We have many miles to go in Arizona. Our NAEP scores have been below the national average 36 out of the last 36 exams. We aim to change that, and we know it isn’t going to happen overnight, and that much hard work lies ahead. We’ve taken the first steps to turning our illiteracy crisis around, and I am enormously grateful to all of the many people who helped make this happen!

“Everybody do the FCAT! Yeah!”

This morning, Jeb Bush comes out for a national school grading system on NRO.

What he’s proposing is a federal grade A to F for each school, based on both performance level and improvement – kind of the way Florida schools are graded under the A+ system (though Jeb doesn’t propose federal sanctions for poorly performing schools, just a grading system). He justifies the move on grounds that the NCLB system encourages states to lower standards.

Jeb doesn’t discuss this in the article, but readers of JBGB know that a clash has been brewing between Florida’s A+ program and NCLB. Florida, which has had success with the A+ program (where improvement in performance is a factor alongside performance level), is going to run into the 2014 “everybody must be proficient” wall along with everyone else.

No doubt our own Matt Ladner, chronicler of the looming conflict in the posts linked above, will have more to say about this (hopefully including some more classy artistic illustrations), but just to put my own two cents in, I’m not clear on why there needs to be a national grade.

For that matter, I’m not even convinced we need a national test, since that sacrifices the merits of interstate competition. At both the state and federal levels, the test is being developed and implemented by a bureaucracy that is heavily colonized by the defenders of the status quo and thus will be looking for opportunities to dumb down the test or manipulate the scoring to make schools look better. But if one state dumbs down while another (under political pressure from reformers) stays the course and makes real improvement, that creates pressure on the dumb state to get with it.

The impetus for a single national test, it seems to me, is because federal rewards and punishments create an incentive to dumb down. If we’re not going to have rewards and punishments based on the scores, what’s the need for a single national test? Why not just require each state to maintain a transparent testing system of its own devising – or, if that’s not good enough, require each state to purchase and use one of the major privately developed national tests?

But we can leave that aside. Let’s stipulate the case for a national test. Still, if you’re not going to hold schools accountable with rewards and penalties, then why issue grades along with the test scores? Why not just give a test and report the results numerically, and let private organizations put together their own grading systems? That way people can decide for themselves what aspects of performance measurement matter most, rather than turning the job over to a federal bureaucracy that has an incentive to make schools look better.

Like Greg, I have also been looking at Florida lately. My interest was prompted by Sol Stern’s notion that we ought to give up on school choice and focus on instructional reforms. In City Journal’s debate on Sol’s article, I and others essentially argued that we could walk and chew gum at the same time, pushing both incentive and instruction based reforms. Florida under Jeb Bush and Charlie Crist in fact did this, and the results are breathtaking.

Best of all, improvements among Hispanic and African-American students helped to drive the overall results. Florida’s Hispanic students now have the second-highest reading scores in the nation; and African-Americans score fourth-highest when compared to their peers. Both groups have a great deal of momentum on their side.

The average Florida Hispanic student score on NAEP 4th grade reading tests (conducted in English mind you) is now higher than the overall average scores of all students in Alabama, Alaska, Arizona, Arkansas, California, Hawaii, Louisiana, Mississippi, Nevada, New Mexico, Oklahoma, Oregon, South Carolina, Tennessee and West Virginia. Florida’s African Americans outscore the statewide average for Louisiana and Mississippi, and are within striking distance of several of these others.

Free and Reduced lunch eligible Hispanics in fact outscore the average for all students among some of these states, including California.

I can’t tell you precisely how much of these gains can be attributed to testing and other such reforms, and how much to choice and other incentive based reforms. What is very obvious is that some of these gains are the result of choice- that much is clear from Jay’s study, Greg’s new study, and from the Urban Institute study. There are also a number of states that have instituted testing and have flat NAEP scores.

The lesson of this is clear- far from being in competition with each other, tough minded testing and choice reforms are quite complimentary to each other.