Safe Harbor Won’t Stop the Race to the Bottom 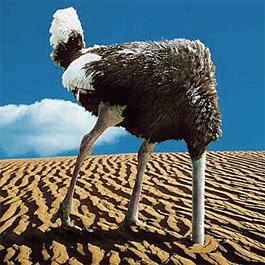 Charlie Barone did an excellent job unpacking NCLB’s safe harbor provision in reaction to a report by the Center on Education Policy warning of the looming 2014 train-wreck (where 100% of students must be proficient).

I co-authored a study for the Heritage Foundation also critical of the 2014 requirement. My concern is that what states will obviously do is to simply dummy down their tests in order to comply. I believe this process has already started, and will accelerate as the passing requirements escalate.

Barone however unpacked the arcane “Safe Harbor” provision on NCLB. Safe Harbor basically gives you a pass on AYP so long as you can reduce the number of children scoring below proficient by 10%. If this represents an obtainable standard, then presumably states would not feel overly pressured to drop their cut scores.

So, I decided to put safe harbor to a test- a very forgiving one. I looked at data from Florida’s 67 school districts over the past six years on 4th grade Reading and Math. The NAEP shows that Florida has been making solid progress on both subjects.

So what happens if you assume that we are at the 2014 100% requirement, an apply safe harbor to the overall performance of Florida districts? Judging them solely on 4th grade math and reading, and without judging any of the required student subgroups– like the various ethnic groups, free and reduced lunch kids, special education children, etc- Florida’s districts failed to make safe harbor 71% of the time based on the overall results alone.

I’ll leave the debate over whether public schools should be able to routinely reduce their passing rates by 10% year after year to others. The point I am making is: they don’t. I am confident that if required to break down results by various subgroups, that not a single Florida district would have made AYP during these six years under safe harbor. The number of individual schools making safe harbor is also likely to be negligible.

This, during a period of strong statewide improvement in both reading and math.

The sad reality is that, unless changed, NCLB will create a tremendous and perverse pressure on the state of Florida and others to dummy down their state accountability exams. In the greatest of ironies, a bill which aspired first and foremost to create transparency in public education contains the seeds of its own destruction in encouraging states to lower passing standards.

Gene Hickok and I endorsed Senator Cornyn and De Mint’s A-Plus concept as a way out of this looming train wreck. Under it, states could negotiate a single set of testing with the feds: preferably one better designed than a one-size-fits-all system with the mother of all perverse incentives built in. The Department would have discretion as whether to accept a state model rather than AYP, so no one is proposing to burn down the Department of Education.

The Democrats will run the department and Congress, and powerful constituencies in their coalition want to vastly increase federal funding and replace testing with “portfolio assessments.” Now would be an outstanding time for all who believe in public school transparency-Democrats and Republicans- to pull their heads out of the sand on this issue. Safe harbor is not a solution. If you don’t like A-Plus- fine, propose another solution. Pretending like there isn’t a problem is a recipe for disaster.

This entry was posted on Wednesday, November 5th, 2008 at 9:54 pm and is filed under NCLB. You can follow any responses to this entry through the RSS 2.0 feed. You can leave a response, or trackback from your own site.