After botching last year’s playoff with an ill-advised NYE experiment, College Football came roaring back with a fantastic opening to the 2016 season. Houston puts an exclamation mark on its application to the Big 12 with a convincing win over Oklahoma, Aggy fans get set up for their usual soul-crushing disappointment with an early win, LSU athletic director friends Tom Herman on Facebook after stepping on a bear trap with a “neutral site game” against Wiscy @ Lambeau Field, Alabama looks like the 1985 Chicago Bears (again) while picking their fangs with USC, solid Clemson/Auburn, Georgia/NC matchups. Oh, and Texas defeats No. 10 Notre Dame in double overtime.

No that’s a true freshman throwing that ball, not Tom Brady.

Did I miss anything? Oh yeah Arkansas had a dramatic one point victory over a directional school from Louisiana. Borderline necrotic….or something.  Oh wait, I know, Ole Miss and Florida State will be playing tonight. So the playoff has seemed to change the incentive structure for out of conference games. The playoff selection committee does not prize victories over tomato can opponents, so some of the big boys are lining them up and playing big match ups- which is great for the fans.

Opening weekend a’int over yet! So Denny, another football season has moved into the books. What did you make of the Superbowl last night?

Was that last night?

Yes Denny. Did you watch it?

Yes now that you mention it I did watch it. Good to see the hometown team win. Otherwise pretty boring. When did The Onion start producing the half-time show? *sip*

Over a decade ago Denny, but I agree, the whole thing seems stale. @@puff@@

We have many desolate months to face Denny, with only National Signing Day and the NFL Draft to tide us over in the meantime.

I can muster a little interest in March Madness. Have you ever gone to watch the games at a Vegas sports book? So many people have bet on the games that there are hundreds of people cheering and groaning at the end of every game. Good fun @puff@

You’ll have to take me out in the Gulf Stream. What did you think about the first college football playoff?

I told you not to sleep on the Bucks, but I’m still amazed that they beat Alabama and Oregon with their 3rd string quarterback.

Yes that was a bit of a shock. First start, crushing victory in the Big 10 championship, second start whip Alabama, third start national championship. Jones should drop the mic, lift his arms in a V and walk off the stage.

Only Denny Crane could avoid regression to the mean after that. Of course, if he were Denny Crane, he’d just be getting warmed up. @puff@pufffff@

*sip* Quite. Any thoughts on next year Denny?

Getting clobbered in the bowl games is not going to sit well with the SEC West, but they can’t keep the East down forever. TCU might have been the second best team last year and should rule the roost in the Big 12. Out west, keep an eye on Stanford, UCLA and Arizona. In the Big 10, the Harbaugh era begins but the Bucks have a head start. Keep an eye on the Domers.

See you next year Denny?

So the Razorbacks and the Longhorns are renewing their ancient gridiron hatred this year in the Texas Bowl in Houston. Two teams will enter and one team will leave with (insert drumroll) a winning record on the season!

Ah how the mighty have fallen-the records of both teams stand at a lowly 6 wins and 6 losses. Sigh. At least this provides 14 badly needed additional days of practice for the rebuilding from scratch Longhorns.

My prediction: Texas 6, Arkansas 3. University of Texas at Austin cultural ambassador at large Matthew McConaughey promises to close the windows before engaging in the traditional post-victory bongo naked ritual.

What is your prediction?

Jules and Ringo on the Week in College Football

Correcto-mundo! And that’s what we’re gonna be, we’re gonna be cool. Now Ringo, I’m gonna count to three, and when I do, I want you to let go of your gun, lay your palms flat on the table, and then tell me what happened in college football this weekend. But when you do it, do it cool. Ready?

Say what again! I dare you! I spent the weekend detailing a car with a toothbrush, I missed all the college football games and I am NOT IN THE MOOD. One, two, THREE!!!

Good- now tell me what happened.

So…it breaks down like this- Florida State beat Notre Dame on a controversial late call, but it probably doesn’t matter ’cause the selection committee is going to recognize the fact that the Irish outplayed the Seminoles on their home field. So if the Irish win out, I think they will still make the playoff. IF they do, they might get the chance to play FSU on a neutral field.

Oklahoma got beat by Kansas State, so that’s their second loss and they are out unless things go 2007 levels of weird. Baylor also had their first loss at West Virginia, and they looked bloody sloppy doing it.

Would you say that they are eliminated Ringo?

No I would not say they are eliminated, but they had better get their act figured out quick because TCU and Kansas State will be competing with them for a Big 12 birth, if there is going to be a Big 12 birth. TCU looked really strong beating up on Oklahoma State.

Too bad they blew that huge lead last week. What about the Big 10?

Michigan State, Nebraska and Ohio State all beat middling conference opponents, but that will all sort itself out eventually. They all have lost a game already so no guarantees.

How about the West?

Oregon, Utah and Arizona State are still in the running after victories this weekend. Arizona was off this week but also has only one loss.

What else happened this weekend? Anyone send a message? I mean besides Florida State?

Alabama sent one loud and clear by beating Texas A&M 59-0.

59 to nothing? Just a couple of years ago they were selling t-shirts claiming that A&M was like the moon ’cause they ‘control the Tide.’ Well well well- a’int nobody gonna shepherd them through the valley of SEC West darkness!

They’ve been blown out three weeks in a row…

THREE.WEEKS.IN.A.ROW! That is just inspiring. Now…reach in the bag and hand me my wallet.

How will I know which one it is?

You’ll know it when you see it. 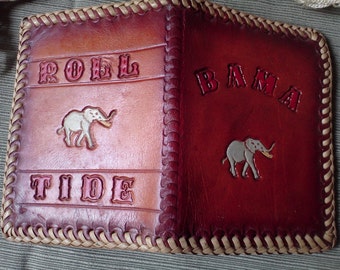 Now this is the situation. Normally both of you would be dead as fried chicken. But you happened to pull this while I’m in a transitional period. I don’t wanna kill ya, I want to help ya.  What’s in my wallet Ringo?

Don’t you mean ‘what’s in your wallet’ mate?

Correct. Put them in your pocket Ringo-they are yours. Now with the rest of them wallets and the register, that makes this a pretty successful little score. I ain’t just givin’ it to you. I’m buyin’ somethin’ with those tickets. Wanna know what I’m buyin’ Ringo?

Your life Ringo. I’m givin’ you those tickets so I don’t have to kill you. You read the Bible?

Wow…what a week in college football, and an opportune time to note would should be obvious: 32 teams running the same offense and the same defense is relatively boring compared to the grand chaotic mess of college football. Yes the athletes are the creme de la creme, but they are all pretty close to doing the same stuff they have been doing for decades.

Huge upsets this week. Undefeated but unranked Arizona beats Number 2 Oregon on the road with their anti-Super Duck kryptonite: huge. Ole Miss beats Bama- seismic. TCU knocks off Oklahoma-they can’t do that to our pledges, only we can do that to our pledges. Arizona State knocks off USC with a 50 yard bomb as time expires while USC players stand around in the end zone and watch it happen-

Oh, and you may have heard that there is going to be a 4 team playoff this year, thanks to this guy:

My Longhorns are in a purgatory, but it doesn’t matter- college football itself is great. The Arizona Cardinals are undefeated and my fantasy NFL team the Psychopaths are 3-1, and that is nice, but I’m most thankful that it is less than 9 million degrees in the shade outside and college football is rolling. Wake up America- the greatest show on turf is taking place outside of your local NFL stadium.

P.S.- I neglected the big upsets in my neighboring state to the north, as Utah State defeated previously unbeaten and ranked BYU, and Utah beat previously undefeated and highly ranked UCLA.

In a remarkably exciting upset, The Arkansas Razorbacks crushed the #2 Florida Gators last night in basketball at the Bud Walton Arena (“The Basketball Palace of Mid-America,” as the announcer likes to say).  My experience last night re-affirmed my confidence in the theory that school sporting events increase social capital, as I argued in yesterday’s post.  When the Spirit Squad forms their pyramid with the backdrop of a giant Arkansas flag, as pictured above, I have to admit that I get a little misty-eyed.  Sports make me feel more connected to Arkansas and my university, as I’m sure they do for others.

We were even graced with an appearance last night by Bubba Hog, whose dance enhances social capital with a good belly laugh in addition to the flag- pyramid’s tear to the eye.

Lastly, everyone should keep their eye on Michael Qualls, a freshman who jumped so high last night that I believe his head bumped the hanging scoreboard.  Here’s a highlight reel for Qualls from earlier games: