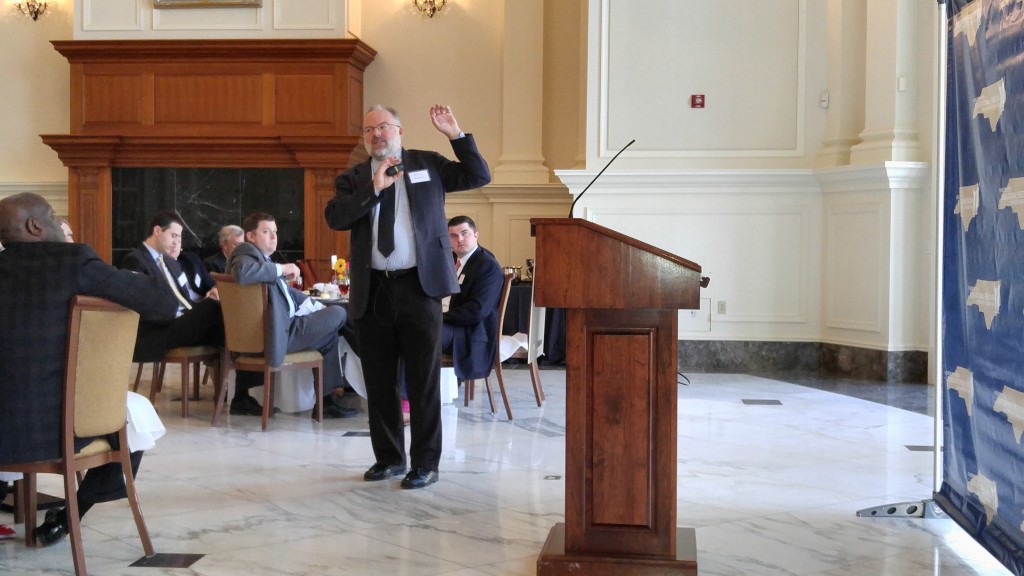 Forsooth Carolinia- the Bureau of Census doth foretell of the advance to your shores of vast throngs of the young and the aged! Bestow yourself with speed: These hordes are bravely in their battles set, And will with all expedience charge on us!

So North Carolina is one of the age demographic “Big Trouble” states according to the Census Bureau projections:

So this week I had the pleasure of venturing out to North Carolina to sound the alarm along with our partners Parents for Educational Freedom in North Carolina. You can see a video of PEFNC president Darrell Allison and talking it over here.

North Carolina’s age dependency ratio will be going up do to a projected increase of over 550,000 school age residents and over a million residents age 65 and over.

If you look at recent trends in the NC state budget, you already see evidence of Medicaid increases (which the elderly play a large roll in driving) putting a pinch on other types of spending:

I recall a discussion I had as an undergraduate where my professor made the point the people who dropped bombs on cities in World War II would have had a much more difficult time emotionally looking the same people in the eye and killing them with a knife.  Parents for Educational Freedom in North Carolina is determined to make their attackers look their victims in the eye in this 1 of 4,500 campaign.

Shakespeare’s Cassius told Brutus “There is my dagger and here my naked chest. Inside it is a heart more valuable than Pluto’s silver mine and richer than gold. If you’re a Roman, take my heart out. I, who denied you gold, will give you my heart.”

I don’t expect that those who brought this suit will share the reluctance of the noblest Roman of them all.  They fear having someone deny them gold and they seem out for blood.  Hopefully the courts will stay their hand.

vouchers | Tagged: Darrell Allison, One of 4500, Parents for Educational Freedom in North Carolina |