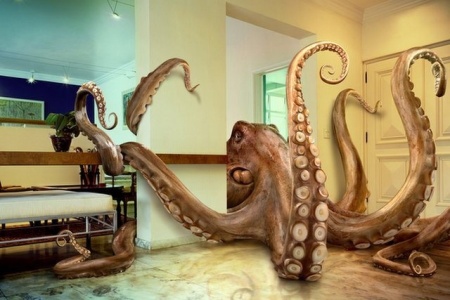 Fans of Common Core should read this outstanding article by Kevin Williamson on what we can learn about large-scale reform efforts from the VA scandal.

First, Williamson makes the point that reform efforts are often counterproductive even when everyone wants the same outcome:

Democrats did not want the hospitals that care for our veterans to be catastrophically mismanaged while administrators set about systematically destroying the evidence of their incompetence, and Republicans did not want that, either. Independents are firmly opposed to negligently killing veterans. It doesn’t poll well. Everybody is so opposed to that outcome that we created a cabinet-level secretariat to prevent it and installed as its boss Eric Shinseki, a highly regarded former Army general. We spent very large sums of money, billions of dollars, to prevent this outcome, almost trebling VA spending from 2000 to 2013 even as the total number of veterans declined by several million.

Nobody wanted these veterans dead, but dead they are. How is it possible that the government of the United States of America — arguably the most powerful organization of any sort in the history of the human race, in possession of a navy, a nuclear arsenal, and a vast police apparatus — cannot ensure that its own employees and contractors do not negligently kill its other employees and former employees? Never mind providing veterans with world-class medical care — the federal government cannot even prevent bureaucratic homicide. All of the political will is behind having a decent VA, and there is nothing to be gained politically from having a horrific one. How can it be that, with everybody free to vote as he pleases and to propose such policies as please him, we end up with what nobody wants?

Efforts to reform the VA were not laid low by people who wanted veterans to die. Applications of this principle to the rhetoric of CC supporters should be obvious.

The larger point of the piece, however, is that reformers can’t reform unless they have a mental model of how the universe works, but the universe is far more complex than any model the human mind is capable of constructing. The more centralized control your reform requires, the more the real complexity of the universe will defeat your reforms. Conversely, the more your reforms move toward decentralization, the more success they’re likely to have because you’re working with complexity instead of against it.

Let’s call it Williamson’s Razor, the political analogue of Ockham’s Razor. Just as Ockham would have us adopt the hypothesis that fits the facts with the fewest assumptions, Williamson would have us support the reform that alleviates the problem with the least centralized control.

If you’ve been waiting for the ultimate rejoinder to that ridiculous Slate article arguing that private schooling is evil, your wait is over. Kevin Williamson has a better idea: force rich white do-gooders to move to poor neighborhoods.

If you subscribe to National Review, don’t miss Kevin Williamson’s fantastic piece in the new issue on home schooling. Here are three little tastes of a long article in which every paragraph is good:

In the public imagination, homeschooling has a distinctly conservative and Evangelical odor about it, but it was not always so. The modern homeschooling movement really has its roots in 1960s countercultural tendencies; along with A Love Supreme, it may represent the only worthwhile cultural product of that era. The movement’s urtext is Summerhill: A Radical Approach to Child Rearing, by A. S. Neill, which sold millions of copies in the 1960s and 1970s…

[Dana Goldstein, writing against home schooling in Slate] went on to argue that the children of high-achieving parents amount to public goods because of peer effects…She does not extend that analysis to its logical conclusion: that conscientious, educated liberals should enroll their children in the very worst public schools they can find in order to maximize the public good…

Teachers’ unions have money on the line, and ideologues do not want any young skull beyond their curricular reach. A political class that does not trust people with a Big Gulp is not going to trust them with the minds of children. 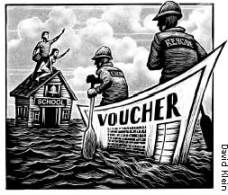 Meet the two coolest things ever made in Sweden.

In the new issue of NR, the invaluable Kevin Williamson profiles Massachussetts Senate candidate Elizabeth Warren. He writes that in a book they co-wrote, Warren and her daughter “offer an array of policy prescriptions ranging from the mild (decoupling public-school assignments from geography) to the Swedish (subsidizing stay-at-home parents)…”

Oops! It’s actually “decoupling public-school assignments from geography” that’s the Swedish idea here. Sweden has had a national system of universal school vouchers since 1993. They’ve even developed economically sustainable for-profit school companies. It’s so successful that about a year ago the Social Democratic Party, which I’m tempted to describe as Sweden’s socialist party but will instead describe as its more socialist party, decided not to try to kick the for-profit schools out of the system.

Williamson does have a number of good words for Warren, including this nugget, which ed reformers will particularly enjoy reading:

Warren taught public school briefly and then quit rather than go through the obligatory, despair-inducing credentialing rigmarole (a fact that speaks better of her than almost anything else you’ll learn).