And the Higgy Goes to… John Wiley Bryant 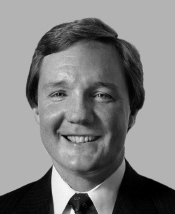 Today taxes are due, so it is time to announce the recipient of this year’s William Higinbotham Inhumanitarian Award.  We had many (un)worthy nominees, so it was difficult selecting the winner (loser).  My nominee, Derek Jeter, is certainly annoying in trying to make us eat our baseball vegetables by denying fans the fun distraction of mascot races while the team goes through its rebuilding phase. But the criteria for awarding The Higgy states that: “‘The Higgy’ will highlight individuals whose arrogant delusions of shaping the world to meet their own will outweigh the positive qualities they possess.”  So, there should be some amount of coercion in whoever receives The Higgy and Jeter is not really forcing anyone to have no fun at baseball games.  If anything, it is my own darn fault for being a Marlin fan.  Jeter is just doing a poor job of running the team, but I am free to become a fan of another team or enjoy something else.

Jason’s nominee, Traci Wilke, was a principal who punished a student for secretly recording a teacher making threats against another student.  There is clearly an element of coercion in the principal’s behavior, but if we started awarding Higgies to every school administrator who suppressed the revelation of unflattering information, we’d run out of space on the internet.  It would be like handing out speeding tickets at the Indy 500.

This year’s Higgy really comes down to Greg’s nominee, Romanus Cessario, or Matt’s nominee, John Wiley Bryant.  Greg’s nominee is certainly vile for defending the forced abduction of a Jewish child because he believes Catholic doctrine requires it.  It almost feels like the sort of argument one might make as a freshman in college to see what ridiculous extremes you might reach if you followed a certain idea to its bitter end.  But this is a serious grown-up writing in First Things, which was once a respectable outlet.  As Greg notes, the really insidious part of the article is that it reveals how much social conservatives seem to be willing to abandon liberalism.  The way I’d put it is that these days you don’t have to scratch much beneath the surface to discover how many Jew-hating authoritarians there really are out there.

But I think Cessario falls short because he has no ability to shape the world to his ends.  Writing this kind of drivel has about as much influence on the world as the guy sitting on the park bench muttering to himself about how things will be different when he is in charge.  Greg is right that abducting children is BSDD, but I think writing in defense of it falls short of being PLDD.  The too-easy embrace of authoritarianism and Jew-hating by social conservatives is alarming, but Cessario is a very mediocre anti-Semite.  He couldn’t even achieve excellence at that.

John Wiley Bryant is the most deserving of this year’s Higgy because he arrogantly and coercively sought to reshape the world in a way he imagined would be better, but ended up making it significantly worse.  Like Matt and many other people of our generation, I gained significant cultural literacy (and had a ton of fun) watching Bugs Bunny cartoons.  For trying to force us to watch “educational” television instead of freely choosing quality programming, John Wiley Bryant is awarded the William Higinbotham Inhumanitarian Award.  He joins last year’s winner, Plato, the 2016 winner, Chris Christie, the 2015 winner, Jonathan Gruber, the 2014 winner, Paul G. Kirk, and the inaugural winner, Pascal Monnet.

Update — Thanks to Greg for being our official Higgy Historian and remembering earlier winners.

This entry was posted on Tuesday, April 17th, 2018 at 4:02 pm and is filed under Uncategorized. You can follow any responses to this entry through the RSS 2.0 feed. You can leave a response, or trackback from your own site.

2 Responses to And the Higgy Goes to… John Wiley Bryant