And the Higgy Goes to… Chris Christie 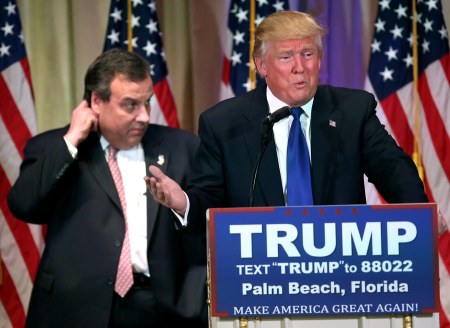 Where has the Higgy been? As the traditional nomination date of April 1 and the traditional winner anouncement date of April 15 have come and gone, angry mobs have been gathered around the National Higgy Convention for weeks as the delegate has fruitlessly passed through round after round of voting, trying to find one candidate among this year’s overwhelming bumper crop of potential nominees who can secure a majority vote on the floor. I am now proud to announce, on behalf of the Convention, that the delegate has finally settled on a winner.

The 2016 William Higinbotham Inhumanitarian of the Year is Chris Christie.

Like so many public figures in this remarkable year, Christie exemplifies the spirt of the Higgy and its (un)illustrious namesake:

“The Higgy” will not identify the worst person in the world, just as “The Al” does not recognize the best.  Instead, “The Higgy” will highlight individuals whose arrogant delusions of shaping the world to meet their own will outweigh the positive qualities they possess.

Encapsulating the (de)merits of this year’s winner is a challenging feat. Let me attempt to convey his (un)redeeming qualities through the three lessons all future PLDDs can learn from his example:

1) Despite your arrogant delusions, you will not, in fact, get to shape the world. 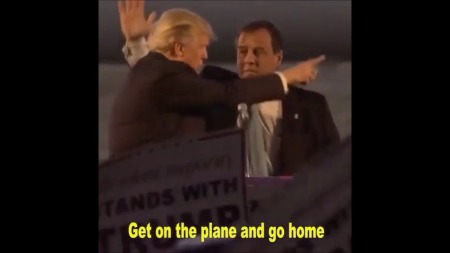 Christie thought that by signing up to campaign for America’s Mussolini, he would gain influence over the budding BSDD’s ambitions.

Yeah, that didn’t work out any better for Christie than it did for any of the other PLDDs who (as all PLDDs eventually do) latch onto a BSDD in hopes of gaining power.

2) People punish arrogance by seizing any opportunity you give them to laugh at you. 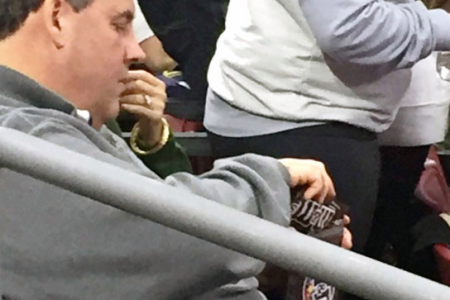 3) You will lose your soul.

Every day from this day until the day the illusion of your existence ends, every moment of every day, you will do nothing but seek out alternatives to distract you from staring into the void of a meaningless world. Eat Arby’s.

Christie joins previous Higgy winners Jonathan Gruber, Paul G. Kirk, Jr. and (the greatest of them all) Pascal Monnet in their fruitless pursuit of identity and purpose.

This entry was posted on Monday, April 25th, 2016 at 8:42 am and is filed under William Higginbotham Inhumanitarian Award. You can follow any responses to this entry through the RSS 2.0 feed. You can leave a response, or trackback from your own site.

2 Responses to And the Higgy Goes to… Chris Christie