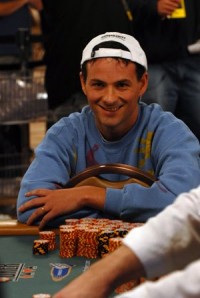 The Al Copeland Humanitarian Award is meant to honor unheralded contributions to improving the human condition.  Unlike most humanitarian awards, which are given to hack politics, community activists, and others whose contribution to humanity may often be more negative than positive, “The Al” tends to highlight entrepreneurs and  inventors.  The not-so-implicit argument of “The Al” is that people can often do more to improve the human condition by creating and building something from which they profit than by giving away their profits or (in the case of politicians and activists) trying to take away someone else’s profits in order to give them to others.

With the recent adulation of Steve Jobs, the role of the entrepreneur as humanitarian has received a lot more recognition that it normally does.  People acknowledged the extent to which Steve Jobs improved the human condition by creating and promoting products that people enjoy.  The fact that he accumulated an enormous amount of wealth for himself, his family, his employees, and his shareholders does not spoil the contribution that he made.  And it was not necessary for Steve Jobs to give away that wealth to do good in the world.  Steve Jobs was probably better at improving the human condition by creating wealth than he could have been by giving it away.

Short-sellers are people who sell something that they do not own in the hopes of profiting by a decline in the price of that thing.  They are betting that prices, usually of particular stocks or bonds, will go down.

What good comes from people who profit when stocks or bonds lose value?  Basically, short-sellers do as much good as people who profit from a rise in prices, or those who go “long.”  They help insure rational pricing of stocks and bonds so that capital is properly allocated to the places where it can get the highest long-term return (and do the most good for humanity).  If prices are irrationally low for something, then an insufficient amount of new capital will be allocated to that thing.  Conversely, if prices are too high, then too much capital will be allocated toward that thing, which will waste those resources and deprive it to other endeavors that would be more beneficial.

It’s relatively common to laud people who profit from stocks and bonds going up in price.  Warren Buffett has received plenty of positive attention.  But remember that Buffett’s enormous profits were made by others selling to him at lower prices and missing out on the increase in value.  People tend to revile short-sellers for doing the exact same thing — just in the opposite direction.

The short-seller I would like to nominate for this year’s Al Copeland Humanitarian Award is David Einhorn.  Einhorn is most famous for having taken large short positions on Allied Capital and Lehman Brothers.  According to Wikipedia:

In May 2002, at the Ira W. Sohn Investment Research Conference, Einhorn made a speech about a mid-cap financial company called Allied Capital, and recommended shorting it. The stock opened down 20 percent the next day.

Einhorn claimed that Allied was involved in lending practices that actively defrauded the Small Business Administration in the US, and therefore, indirectly, the US taxpayer. Allied said that Einhorn was engaged in market manipulation. To prove this, Allied fraudulently accessed his phone records using pretexting.

The U.S. Securities and Exchange Commission (SEC) investigated Einhorn for market manipulation. Eliot Spitzer announced that he intended to start another investigation. In June 2007, the S.E.C. found that Allied broke securities laws relating to the accounting and valuation of illiquid securities it held.[7]

Einhorn has published a book, Fooling Some of the People All of the Time[8] regarding his battle. FoolingSomePeople.com, the website to promote the book, has information on his angle of the dispute, including a press release from Allied in February 2007 admitting that an agent of the company obtained Einhorn’s phone records fraudulently.

His battle against Allied Capital lasted six years in all. Einhorn would come to view Allied as a microcosm of market trends. “What we’ve seen a year later is that Allied was the tip of an iceberg; that this kind of questionable ethic, philosophy and business practice was far more widespread than I recognized at the time,” he said. “Our country, our economy, is paying a huge price for that.”[9]

In late 2008, the Office of the Inspector General of the Securities Exchange Commission announced that it was investigating some of the charges that Einhorn has made about the SEC’s mishandling of this matter, including the possibility that “a former SEC attorney may have taken confidential investigative materials with him when he left the Commission and provided those materials to a company he went to work for as a lobbyist.”

Starting July 2007, Einhorn became a short seller in Lehman Brothers stock. He believed that Lehman was under-capitalised, and had massive exposures to CDOs that were not written down properly.[10] He also claimed that they used dubious accounting practices in their financial filings.[2] …

Yes, Einhorn profited by the collapse of Lehman Brothers.  And yes, that collapse had a “contagion” effect that was part of the economic recession of 2008-09 from which we have yet to recover.  But that collapse had to occur.  Real estate prices had reached irrational levels, lending practices were grossly irresponsible, and all of this was mis-allocating capital in very harmful ways.  Building more and more houses in the Nevada desert was a waste of resources that should have been going to more productive ventures.

Einhorn should be lauded, not condemned, for his role in bursting that bubble.  And Einhorn can’t be blamed for the way in which our government has bungled the aftermath of that bubble bursting.  Eventually housing prices had to come way down, banks had to recognize their bad loans and recapitalize, and the construction industry had to grind to a halt for a time.  Short sellers, like Einhorn, helped us recognize these realities sooner.  If the bubble had continued and grown larger, the pop would have been even worse.

The fact that Einhorn is also a competitive poker player, having finished 18th in the World Series of Poker, and the fact that he has given away his poker winnings and half his profits on shorting Allied Capital (in addition to a variety of other high-profile charitable efforts), is only icing on the cake.  Einhorn’s contribution to improving the human condition comes from his deriving a profit from exposing fraud and excess in companies.  That helped pop financial and real estate bubbles before they grew much worse.  By destroying waste and fraud, Einhorn clears the path for others to build.

This entry was posted on Tuesday, October 11th, 2011 at 5:15 am and is filed under Al Copeland Humanitarian Award. You can follow any responses to this entry through the RSS 2.0 feed. You can leave a response, or trackback from your own site.