Me and Jay Mathews: IT’S ON! 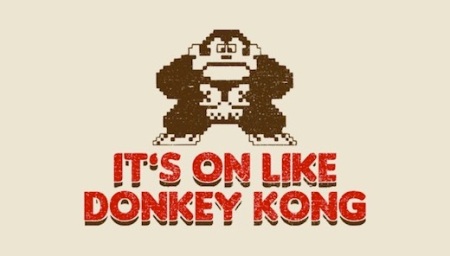 Last week I challenged Jay Mathews of the Washington Post to a bet:

Tell you what, Jay. Let’s make a bet. You say there won’t be “a wave of pro-voucher votes across the country”…[W]e’ll set a mutually agreed on bar for the number of voucher bills passing chambers this year. If we hit the bar, you have to buy me dinner at a Milwaukee restaurant of my choice. But if we don’t hit the bar, I buy you dinner at a DC restaurant of your choice. That’s pretty lopsided in your favor, dollar-wise. How about it?

Today I’m proud to announce that Jay has accepted the bet!

The terms, exactly as I offered them to Jay over e-mail:

Here’s what I propose. I win the bet if at least ten legislative chambers pass bills in 2011 that either create or expand a private school choice program. Otherwise you win. Just based on my experience in the movement, I think if we got that many chamber passages, it would mark 2011 as a banner year for choice.

Definitions: A “private school choice program” is a program that funds attendance at private schools using public funds, either directly (by vouchers) or indirectly, through the tax code (as is the case with many school choice programs these days). That means charter schools don’t count. This is the definition we use here at the foundation. “Expanding” a program means increasing the eligible student pool, or increasing the amount of funds available to support the program (on either a per-student or global basis). That’s in your favor because I’m agreeing not to count, say, relaxation of burdensome restrictions on participating schools as an “expansion.” 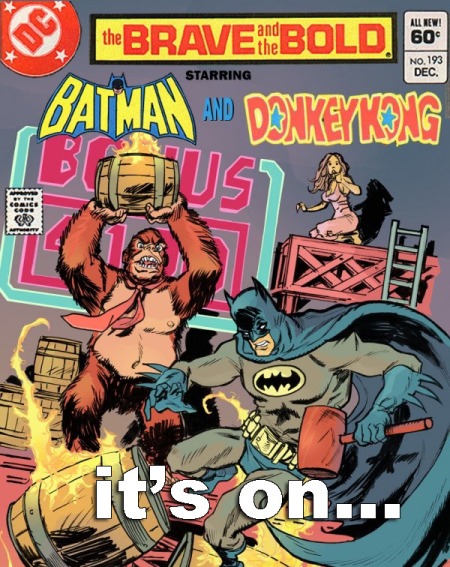 Well, I didn’t plan it this way, but during the time I was working out the details and deciding how many programs to propose for the bet, and then communicating with Jay, there were a few votes on school choice programs!

When I proposed the bet to Jay earlier this week, I had missed the votes in Arizona a couple weeks ago. I thought we only had three of the ten passages needed for me to win the bet – the Virginia House, the Oklahoma Senate and Douglas County, Colorado. 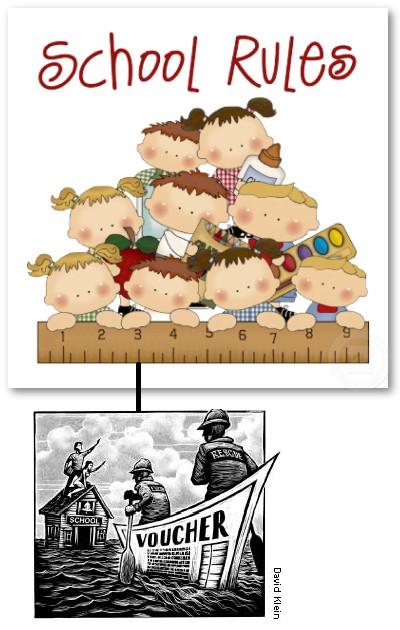 When Matt clued me in on the Arizona votes, I realized that we were already at five out of the ten passages needed for me to win: 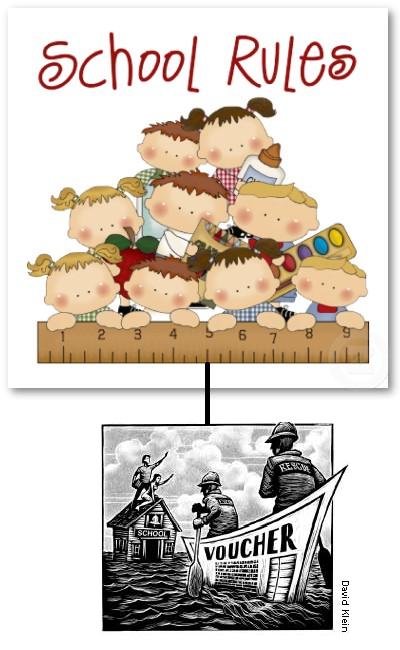 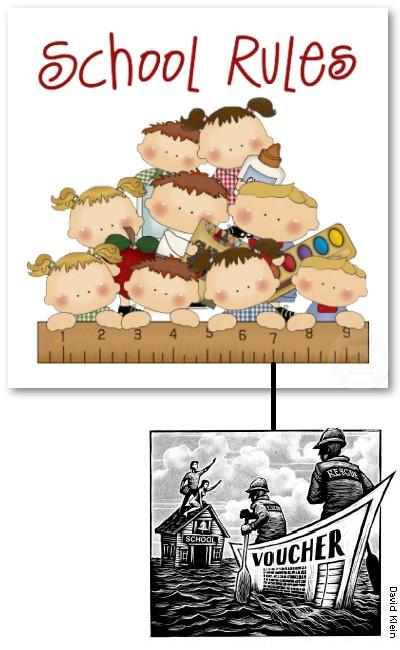 We got to seven votes before I even announced the bet! So much for my plans to make this a big, drawn out, suspenseful thing. The whole shooting match is going to be over before I even get three blog posts out of it. And here I made these cool ruler graphics and everything!

Here’s one other thing that’s bothering me. Was it unethical for me to make the bet with Jay without revealing to him that Indian is the official ethnic food of Jay P. Greene’s Blog?

This entry was posted on Friday, April 1st, 2011 at 7:17 am and is filed under politics, vouchers. You can follow any responses to this entry through the RSS 2.0 feed. You can leave a response, or trackback from your own site.

15 Responses to Me and Jay Mathews: IT’S ON!