Conscience Asks the Question, ‘Is it Right?’ 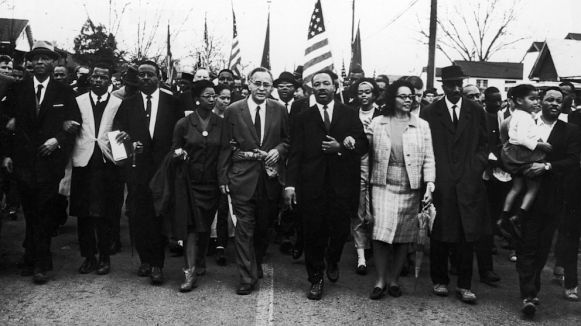 Charles Miller, former Chairman of the University of Texas Board of Regents, sent out the following email to hundreds of people on Easter Sunday, which was also the 42nd anniversary of the assassination of Rev. Martin Luther King Jr. We reprint the email here with Mr. Miller’s permission:

What Martin Luther King Said About Speaking Out

The Obama administration, through stimulus funding, the Race to the Top program, its presentation of budgets and proposals for reauthorization of NCLB/ESEA , has moved fast and furiously in the public education policy arena.  It seems very unlikely to me that high aspirations—and hasty action— equate to effective public policy.  In fact, these efforts seem to amount quite clearly to an overreach–strategically, systemically, politically, and culturally

However, what bothers me the most personally is what I consider the most unprincipled action in public education policy since the existence of segregated schools:  The willful decision by the Obama administration, supported by the Democrats in Congress, to kill the D.C. Opportunity Scholarship Program, also called “D.C. Vouchers”

The Obama administration has tied its education policy declarations to a mantra of being non-political and non-partisan, choosing instead a policy focus only on “what works”.  This principle has been repeated incessantly.

However, the D.C. Opportunity Scholarship Program (OSP) is a successful program.

The OSP is serving those families and children most in need in one of the worst school districts in America.  Average income of participating families  is less than $24,000 annually and more than 85% of participating students would otherwise be attending a failing school under NCLB guidelines.

D.C. residents polled by three unaffiliated firms in ’07, ’08, and ’09 showed between 66 and 75% support for the OSP.  The D.C. superintendent and the Mayor support the program.

The decision to kill the program is contradictory to anything the administration claims to be its guiding principle.   The cost of the successful OSP is financially very small by comparison to any K-12 standard while at the same time there has been a gigantic increase in education spending nationally— to support status quo systems which are widely considered failures. Strong evidence of success, academically and financially, clearly makes the decision to kill OSP unprincipled.

The reason for killing OSP is the intense opposition of national teachers unions to a voucher program of any kind, anywhere, anytime—even if it is academically successful, financially responsible and so popular with the community served that there are long waiting lists.

If this successful program had been able to be replicated—a fear obviously driving the decision to kill OSP—the number of students from the most disadvantaged families whose life prospects could have been enhanced could be quite large.  This consideration makes the decision to kill OSP even more egregious, although even helping a small set of students is the principled thing to do.

Notably, from the Washington Post, “Duncan had the temerity to admit that OSP students ‘were safe and learning and doing well…but we can’t be satisfied with saving 1 or 2 percent of children and letting 98 or 99 percent down’.”

The effect of the decision to kill OSP on the lives of the students who could have benefited from its continuation is extremely negative.  There is no way to avoid this conclusion. If a social scientist extrapolated the trends of two sets of students, one in OSP and one in a typical DC school, the loss of life opportunities would be stark for the typical set of students.

The inescapable conclusion I reach is that killing OSP is a despicable and unconscionable decision made for political purposes and with cynical disregard for the lives of the children affected.  “Obama could have stood up for these children, who only want the same opportunities that he had and that his daughters now have.  Instead his education secretary, Arne Duncan, proffered an argument that would be funny if it weren’t so sad:  Scholarships for poor students aren’t worth supporting because not enough of them are given out” (Washington Post, 3/8/10)

This when joblessness for 16-to-24-year-old black men has reached Great Depression proportions — 34.5 % last October and estimated to having exceeded 50% by last year end.

The other conclusion I reach is that policy advocates or officials who turn their face away or avoid taking a strong stand against the decision to kill OSP because it is not pleasant or not convenient to their own activities have a hand in the ignoble results of the decision.  “In the end, we will remember not the words of our enemies, but the silence of our friends” (Martin Luther King)

So, for me personally, I can’t justify supporting such an administration or its policy makers even if some of their other policy choices are more productive, nor can I see believing anything they say or trusting anything they do.  It can no longer be acceptable to be principled just some of the time.   No Mas.

This entry was posted on Friday, April 9th, 2010 at 11:22 am and is filed under vouchers. You can follow any responses to this entry through the RSS 2.0 feed. You can leave a response, or trackback from your own site.

One Response to Conscience Asks the Question, ‘Is it Right?’