Revenge Is a Dish Best Served on Live TV 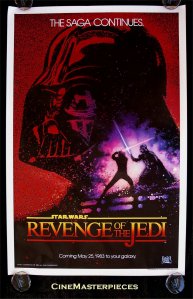 Finally, senator, something from the more distant past. In 1981, at the outset of the Reagan administration, you took the lead in cross-examining William ‘Judge’ Clark for his confirmation hearings for deputy secretary of state. Mr. Clark’s job was explicitly intended to be managerial, not policy oriented. Nevertheless, you asked him for the names of the prime ministers of South Africa and Zimbabwe, both of which were second-tier posts in presidential systems.

In the same spirit, Sen. Biden, and as a longstanding leader of the Foreign Relations Committee, can you give us the names of the prime minister of France and the president of Germany? Just to be clear here, senator, I am not referring to President Sarkozy and Chancellor Merkel.

Too bad we Americans never developed a tradition of real debate in politics. The only reason you’ve heard of the Lincoln/Douglas debates is because they’re unique. People might actually tune in and watch – even at 9:00 on a Friday night – if there were some prospect of interesting questions being asked. But there isn’t. And that’s why even this Thursday’s VP debate is likely to be anti-climactic.

Having picked on Joe Biden, which is too easy anyway, I’ll now show my spirit of evenhandedness (and also bring this blog post back to an educational topic) by picking on Sarah Palin.

Suppose there were some prospect of Sarah Palin being asked the following questions:

Governor Palin, during your term you have developed a working alliance with Alaska’s teacher union – throwing more money at schools even with no prospect of improvement, opposing real reforms like school choice, and shifting state funds into archaic and unaffordable “defined benefit” pension plans that you actually opposed when you ran for governor. In return, the state and national unions have praised you, and the state union stayed out of the governor’s race, effectively endorsing your candidacy.

Do you agree with Senator McCain that school choice “is a fundamental and essential right we should honor for all parents”?

If a constitutional provision such as Alaska’s bigoted Blaine Amendment (your excuse for opposing vouchers as governor) violates people’s “fundamental and essential rights,” which should prevail?

Do you agree with Senator McCain that Obama’s opposition to vouchers is “tired rhetoric” that “went over well with the teachers union” but leaves children “stuck in failing schools,” and that “no entrenched bureaucracy or union should deny parents that choice and children that opportunity”?

Do you agree with Senator McCain that it is “beyond hypocritical that many of those who would refuse to allow public school parents to choose their child’s school would never agree to force their own children into a school that did not work or was unsafe”?

Whom do you think he is talking about when he says that?

Do you think this would be a better country if we had that kind of debate?

Of course, we would need to have politicians who could give as good as they got. As in:

Biden: Mr. Stephens, I asked that question because I thought it was important. If Mr. Clark felt the question was unfair, he could have just said so. In that spirit, if I need to know the name of the prime minister of France when I’m vice president, it will probably be because I’m going to his funeral, in which case I’m sure I’ll have no trouble finding out the name before I show up.

Palin: Mr. Forster, as governor, I don’t have the privilege of rewriting the state constitution at will. I have to govern according to the laws as they are. I’m glad that bloggers like you have the freedom to call those laws into question. And I suppose being governor of the nation’s largest state is a little bit like being a blogger . . . except that I have actual responsibilities.

Think either of them would be up to that kind of answer?

This entry was posted on Tuesday, September 30th, 2008 at 8:48 am and is filed under politics, vouchers. You can follow any responses to this entry through the RSS 2.0 feed. You can leave a response, or trackback from your own site.