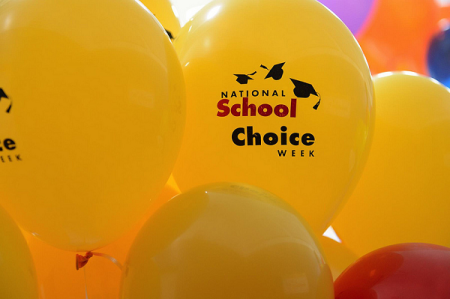 The new issue of OCPA’s Perspective carries my article on how more recent school choice programs are moving us slowly but surely closer to universal school choice:

The huge wave of new school choice programs enacted in 2011-13 went far beyond earlier programs in expanding student eligibility pools, providing larger vouchers, and reducing unnecessary regulations on participating schools. Education savings accounts, probably the best program design yet devised, have been enacted in Arizona and Florida; as I write, new programs have just been approved by legislative chambers in Virginia and Mississippi. These programs, while still limited in eligibility, give parents much more control over education dollars than traditional school choice.

I argue there are both educational and civic reasons to embrace universal choice:

Two of the great pillars of our country are equal rights and freedom for diverse beliefs. Neither of these pillars is consistent with a government school monopoly, nor with the educational oligopoly of limited school choice.

A monopoly or oligopoly exists by stamping out the rights of challengers in order to protect the privileges of the powerful. When educational entrepreneurs are denied the right to start new schools on equal terms with dominant providers, all of us lose. A society where the education of children is controlled by the few is a society that doesn’t respect equal rights.

And the education of our children is at the very heart of how we all live out our most central beliefs about life and the universe. Our country can never fully live up to its commitment to freedom for diversity until we undo the monopolization of education. Part of the reason we created the government school monopoly in the 19th century was bigotry and a childish fear of religious diversity. It’s long past time we, as a nation, grew up. Let’s leave those fears behind us, in the nursery of our national history.