Pondiscio: Choice Is Not About Test Scores 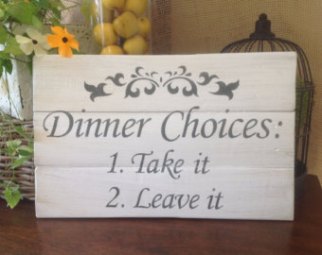 In case you missed it, in today’s U.S. News & World Report, the inimitable Robert Pondiscio gently chides fellow school choice advocates for getting caught up in a debate over test scores, which are ancillary to the true value of school choice:

Wonky battles over research studies can be illuminating. They can also be irrelevant or premature. While [school choice] advocates are correct that the preponderance of evidence tends to favor school choice, this entire debate puts the cart before the horse. When we look to test-based evidence – and look no further – to decide whether choice “works,” we are making two rather extraordinary, unquestioned assumptions: that the sole purpose of schooling is to raise test scores, and that district schools have a place of privilege against which all other models must justify themselves.

That’s really not what choice is about. Choice exists to allow parents to educate their children in accordance with their own needs, desires and values. If diversity is a core value of yours, for example, you might seek out a school where your child can learn alongside peers from different backgrounds. If your child is a budding artist, actor or musician, the “evidence” that might persuade you is whether he or she will have the opportunity to study with a working sculptor or to pound the boards in a strong theater or dance program. If your child is an athlete, the number of state titles won by the lacrosse team or sports scholarships earned by graduates might be compelling evidence. If faith is central to your family, you will want a school that allows your child to grow and be guided by your religious beliefs. There can be no doubt that, if you are fortunate enough to select a school based on your child’s talents or interests or your family’s values and traditions, the question of whether school choice “works” has already been answered. It’s working perfectly for you.

Deciding whether or not to permit parents to choose based on test-based evidence is presumptuous. It says, in effect, that one’s values, aspirations and priorities for one’s child amount to nothing. Worse, our evidence-based debate presumes that a single, uniform school structure is and ought to be the norm, and that every departure from that system must justify itself in terms of a narrow set of outcomes that may not reflect parents’ – or society’s – priorities. Academic outcomes matter, of course, but so do civic outcomes, character development, respect for diversity and faith and myriad others.

This isn’t to say that the research on the effect of school choice on test scores is meaningless. But it has to be read and understood in the broader context. Test scores are important, but they’re far from what’s most important about exercising educational choice. As Pondiscio concludes:

School choice proponents who seek to prove that vouchers, tax credits and scholarships “work” by citing test-score-based research have allowed themselves to be lured into argument that can never be completely won. They have tacitly agreed to a reductive frame and a debate over what evidence is acceptable (test scores) and what it means to “win” (better test scores). This is roughly akin to arguing whether to shop at your neighborhood grocery store vs. Wal-Mart based on price alone. Price is important, but you may have reasons for choosing the Main Street Grocery that matter more to you than the 50 cents per pound you’d save on ground beef. Perhaps Main Street’s fresh local produce and personal service are more important to you.

If we limit the frame of this debate to academic outputs alone, every new study provides ammunition, but never a conclusion. The real debate we should be having is, “What kind of system do we want?” Answer that question first, then use evidence to improve the school designs, policies and programs we have agreed deserve public support.

ETS: Even The Best and Brightest of American Young Adults are Dim

Hey Mav, you got the number for that truck driving school in Oklahoma? I think we’re going to need it. ETS dives into Programme for the International Assessment of Adult Competencies (PIAAC) data to measure the abilities of the American millennial generation (aka our those tasked with keeping the lights on after the entire Baby Boom generation reaches retirement age circa 2030) compared to their peers around the globe. The news is not good:

One central message that emerges from this report is that, despite having the highest levels of educational attainment of any previous American generation, these young adults on average demonstrate relatively weak skills in literacy, numeracy, and problem solving in technology-rich environments compared to their international peers. These findings hold true when looking at millennials overall, our best performing and most educated, those who are native born, and those from the highest socioeconomic background. Equally troubling is that these findings represent a decrease in literacy and numeracy skills for U.S. adults when compared with results from previous adult surveys.

Link to full report here. I’ll be reading through this, I’m not convinced that this squares with other analysis of PISA data available, but I plan to look into it. If it holds up it is a damning indictment not only of K-12 but also of our higher education system.

Sentences that Aren’t Worth Finishing