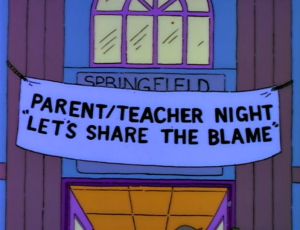 The new OCPA Perspective carries my argument that the government monopoly on schools undermines the institution of the family, and school choice would strengthen the family:

Are schools an extension of the family, helping parents raise their children the way the parents want them raised? Or are schools an autonomous branch of the technocratic state, answering not to parents but to professional experts who know how children ought to be raised better than parents do?

The creation of the government school monopoly was one part of a general inversion of the social order going on in the 19th century:

In the 18th and 19th centuries, the family had been understood as the primary unit of society; larger political and economic structures existed to mediate relations between households, not between individuals as such. Relations between individuals within a household—such as the work of childrearing—were the family’s business, except in extreme cases. All that was now gone. The family was no longer primary; the technocratic state was primary.

The failure of the school monopoly has reoped the question of whom schools work for:

School choice and federal centralization of power are both responses to this failure. Some are seeking to reverse course, hoping that the moribund school system can be revitalized by putting parents back in charge. Others are seeking a stronger technocracy that will be more capable of achieving its goals.

I close with the reflection that social conservatives could bring something important to the school choice coalition not currently provided by the two factions that now dominate it, progressives and libertarians. As always, your comments are most welcome!