And the Higgy Goes to… Kosoko Jackson 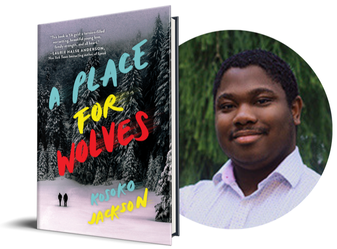 It is time once again to (dis)honor the recipient of the William Higinbotham Inhumanitarian Award.  We have a smaller but still (un)excellent set of nominees to consider.  I failed to submit my own nominee as I was paralyzed by such a target-rich environment and then came down with a fever just when I needed to make a decision and write it.  Oh well. Higgy nominees are evergreen, so I’ll keep those possibilities in mind for next year.

So we had three nominees to consider: Richard Henry Pratt, nominated by Matt, Kosoko Jackson,  nominated by Greg, and William N. Sheats, nominated by Patrick Gibbons.  While they are all very (un)worthy nominees, I think Kosoko Jackson is clearly most deserving.  Pratt and Sheats were much more like BSDDers than the kind of PLDDers we are seeking for the Higgy.

Sheats mustered the coercive power of the state to amend Florida’s constitution to forbid integrated instruction in Florida public schools.  Pratt embarked on a systematic government program to remove Native American children from their families to be educated in boarding schools that would raise them as “real Americans,” which was tantamount to obliterating an entire people, their language, their religion, and their customs.  Whenever people start arguing that we need public schools to create a common sense of identity and shared understanding of democratic citizenship, remember that line of thinking ultimately leads to Pratt. Both Sheats and Pratt are horrifying, but too horrifying for the Higgy.

Jackson is the winning nominee because his dictatorial behavior was really about self-advancement, not truly oppressing large numbers of people.  Jackson joined in social media witch hunts that falsely called out competing authors (falsely) for alleged infractions of the Young Adult Fiction politically correct code.  That was working well to clear the path for his own career until the mobs came after Jackson.

Posturing on social media as woker-than-thou to advance one’s stupid career and at the expense of a commitment to truth, good sense, and professional courtesy… .  Hmmm, does this sound like something familiar?

This entry was posted on Monday, April 15th, 2019 at 12:00 pm and is filed under Uncategorized. You can follow any responses to this entry through the RSS 2.0 feed. You can leave a response, or trackback from your own site.

2 Responses to And the Higgy Goes to… Kosoko Jackson