Fall has arrived in an even-numbered year, which means that in addition to football there are also elections. Here in the Cactus Patch our political conversation has been even more boisterous than usual. Back in 2016 an individual deep in the council of left-of-center Arizona politics told me that the plan was to make the 2018 election about K-12 education and to run David Garcia for Governor. Garcia did indeed win the Democratic Party’s nomination (the Arizona Education Association announced their endorsement for Garcia at a RedforED rally last spring) and K-12 does indeed look to be the major election issue, so mission accomplished on both fronts. Ballot propositions may however have a much larger impact on school funding than the officeholder races, but not in the way commonly supposed.

Hysteria reigns supreme in the K-12 discussion. A steady stream of reports from the ACLU, the Grand Canyon Institute and the Arizona Republic’s ongoing Two-Minute Hate series on charters and choice programs appear to have been coordinated with impressive precision. Each of these things deserve to be addressed on their own merits (or lack thereof-it’s a mixed bag on substance imo with a spectrum ranging from good points to shallow propaganda) but as far as multi-organizational timed to an electoral calendar efforts go:

In the midst of all this political mosh-pit I saw something that struck me the other day- a Twitter avatar that said “No on 305/Yes on 127.” These reference two ballot propositions on the November ballot-Proposition 127 would require the state to generate half of it’s energy from renewable sources by 2030, while Prop. 305 will ask voters to either confirm or reject the expansion of the ESA program that passed in 2017.

The No on 305/Yes on 127 combo struck me because it seems extremely likely that Prop. 127 would take more money out of Arizona district classrooms than 305, and by a very wide margin. I claim no expertise on energy policy, but I found the take of the Washington Post and of Peter Zeihan in the Accidental Superpower on the subject to be compelling. So first off, some good news: 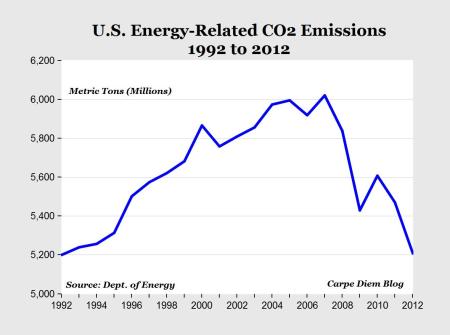 Things are headed in the right direction and it is mostly because natural gas is cheap, cleaner and is replacing the use of coal in generating electricity. 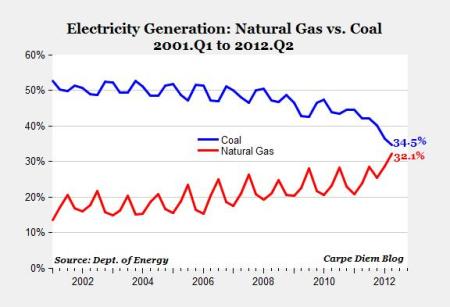 The Washington Post, not of anthropomorphic climate change denial fame, rightly celebrated this trend. Noting that natural gas reduces emissions by half the Post editorial board noted:

True, half the emissions does not mean no emissions. But the United States does not have to eliminate its carbon footprint all at once, nor should it. Doing so would cost far too much. Instead, natural gas can play a big role in transitioning to cleaner energy cheaply.

When something is far too expensive for the Washington Post editorial board’s tastes, it is a good idea to pay close attention. Peter Zeihan also addressed this topic in the Accidental Superpower. He generally buys the notion of anthropomorphic climate change, but noted that the next generation of power generation plants were being built to use natural gas due to market forces, that this was considerably cleaner than coal burning, and that the life span of these new plants would be about 30 years. Sometime in the next 30 years Zeihan reckons that one or more of the many possibilities for alternative energy will pencil out in terms of economic viability-we just don’t know which one(s) yet.

Google around a bit and you will read about experiments in everything from artificial leaves to fuel producing microbes to crystal encased nuclear waste fueled batteries to clean coal fuels. Which of these-or something else- becomes economically viable is anyone’s guess, but it is not likely to happen on a deadline adopted by Arizona voters in 2018. How much sense does it make to make a massive investment in alternative energy technologies before any of them pencil out, especially when some of them eventually will?

So back to Arizona, Prop. 127 and education. The conversion from coal to natural gas is already happening in Arizona. This is good because right now the Texas oil fields are simply flaring off natural gas as a waste product until the pipeline infrastructure is built to collect and sell it. In fact you can see the flaring from outer space:

The Wall Street Journal recently wrote that there was enough natural gas being flared off to power a small state-one million dollars worth per day. I volunteer Arizona to be that state rather just have them burn it off without generating any power and having us burn coal to generate our electricity. The transition from coal to natural gas has already begun in Arizona, and happily it is being driven by market forces rather than mandates.

Prop. 127 however will force the renewable issue and the companies that generate the state’s power have detailed the enormous costs to such a move. Consumer rates are estimated to double in price. Since the initiative does not define nuclear power as “renewable” so opponents claim Prop. 127 would necessitate the closure of the nation’s largest nuclear power plant which produces **ahem** zero carbon emissions and probably (I’m guessing) cost the GDP of a small country to build.

Between the increased cost of electricity and the foregone taxes from plant closures, the Arizona Public Service Electric Company estimates a loss of $670,000,000 to Arizona education providers in their service area by 2030. The expensive rates would not stop in 2030. That’s a big hit to education budgets and is not a statewide figure, with APS serves only part of the state.

So let’s compare Prop. 127 to Prop. 305. The ESA expansion under voter consideration contains a cap on the total number of participants of 30,000. Arizona has about 1,200,000 students and often gains 30,000 kids annually. We’ve also learned in recent years that the number of district open enrollment students is approximately twice as high as charter school students, and charter school students outnumber private choice students ~3 to 1. So from the perspective of an individual district campus with enrollment loss, other district schools are the primary competition, charter schools a secondary source of competition, and private schools a distant third. Centrist Arizona Republic columnist Joanna Allhands pointed this out in a column shortly after the ESA expansion passed. Allhands is not a fan of the ESA program but she sees through boogy-man stories:

Arizona’s voucher-expansion bill isn’t going to ruin public education as we know it.

But first, before you start trolling me on Twitter:

Yes, public schools need more resources. Senate Bill 1431 does nothing to help them find it.

But it won’t be the death knell to your neighborhood district school. In fact, I’m not sure many will even notice a difference.

Allhands went on to posit that charter schools were already scratching much of the Arizona school choice scratch itch, and that there was no reason to expect a mad rush to private schools even with broadened ESA eligibility. She could have added by the way that while there are 4,500 ESA students statewide, Scottsdale Unified has 4,000 open enrollment students from out of district, and it is only one of Arizona’s 230 school districts. “Scottsdale is DRAINING MONEY from nearby school districts-we’ve got to STOP THIS!!!!” said no one, ever, oddly enough. The ESA expansion can serve as an important tool for families looking for the right-fit education for their child, but the program is nothing near the threat to school budgets as doubling their utility costs.

So my friends on the Arizona left are actively supporting a massive drain of funding out of Arizona classrooms (what you spend on air-conditioning cannot be spent on teacher salaries). Meanwhile they have also invested a large effort in putting another ballot measure up because in large part they fear that it will have a large impact on district finances but it won’t. Churchill told us that democracy is the worst form of government except for all the other ones that have been tried. I remain hopeful that voters will exercise good sense in all of this, but…

This entry was posted on Friday, September 7th, 2018 at 11:00 am and is filed under Education Savings Accounts. You can follow any responses to this entry through the RSS 2.0 feed. You can leave a response, or trackback from your own site.

One Response to Arizona Props 127 and 305: a fine pair of misfits