Gender Gaps in College STEM Education: Boys Tend to be Over-Confident in Math and Benefit from It 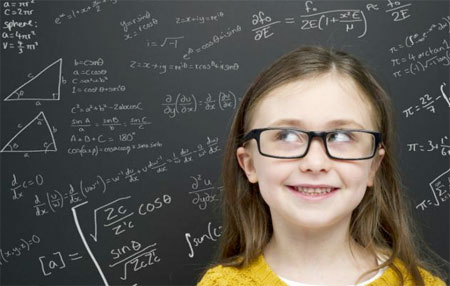 Employment in the so-called STEM (Science, Technology, Engineering and Mathematics) fields is projected to continue growing according to the Bureau of Labor Statistics. Additionally, wages in STEM field occupations are estimated to be on average nearly double the national average of wages for non-STEM jobs. Despite this promising future, women continue to be under-represented in STEM. Women are less likely to enroll in STEM degrees in college and represent a smaller share of STEM occupations. The question is why? Only after understanding the possible sources of such gender gaps we can have an idea of what can be done about it.

This question has haunted me (Gema) since my daughter, then a kindergartener, came home one day saying a boy in her class told her “girls are not good in math.”  Indeed, researchers have pointed out at gender differences in math performance and math perceived ability as possible drivers of later gender gaps in STEM. I wondered if parents could somehow counter these effects. After all, my previous work indicated that parental occupation type could be important for women’s long term STEM outcomes. In a recent working paper, I partnered with Lina M. Anaya, a Ph.D. student at the Department of Education Reform at the University of Arkansas, and Frank Stafford, Economics professor at the University of Michigan, to try and shed some light on these questions, using data from the Panel Study of Income Dynamics (PSID).

Using information from the multiple supplements of the PSID, we measured gender gaps in performance  on the standardized Woodcock  Johnson Applied problems test (W-J AP) and self-reported perceived math ability, measured on children from PSID families when they were between 6 and 17 years old (on average around 11 years old). Then, we are able to track these children and study their likelihood of majoring in a STEM field in college. We found that boys are more confident in their abilities than is warranted by their performance, while girls are less confident than is warranted by their performance.  But the problem isn’t just one of lack of confidence — boys’ confidence contributes more to their pursuit of STEM majors than girls’ confidence, even if they had the same true ability and same level of confidence.

Finally, since the PSID tracked these kids, we study to what extent math performance and perceived math ability, during childhood, and parental occupation type are related to the probability of majoring in STEM during college. Overall, as expected, we find that women are less likely to major in STEM in our sample, especially when we look at the so called “hard sciences” fields of engineering, architecture, mathematics and computer sciences. Both higher levels of math performance in the W-J AP test and higher levels of perceived math ability are related to higher probabilities of majoring in a STEM field.

Interestingly, having a parent who works in a STEM occupation could help girls and not so much boys. The probability of majoring in “hard sciences” STEM fields increases by about 14 percentage points for girls when one of the parents works in a science job. For boys the increase of this probability is only 4 percentage points. Whatever the reason, these results suggest that parental occupation type could be an important factor reducing gender differences.

As for the answer I gave to my daughter, I said “It is not true that girls are bad at math. Look at your mother. My job is doing math all day!” I work on the field of applied econometrics and so, I guess that was close enough.

This entry was posted on Thursday, February 15th, 2018 at 3:01 pm and is filed under Uncategorized. You can follow any responses to this entry through the RSS 2.0 feed. You can leave a response, or trackback from your own site.

4 Responses to Gender Gaps in College STEM Education: Boys Tend to be Over-Confident in Math and Benefit from It