Stanislav Petrov for the Al

A few years ago I watched a documentary about just how close life as we know it nearly ended in 1983. If not for the fact that Robert Gates, former Secretary of Defense under George W. Bush and Barack Obama had not been interviewed in the piece, I would have had a very hard time believing the story (Gates worked in the CIA during the Reagan administration). 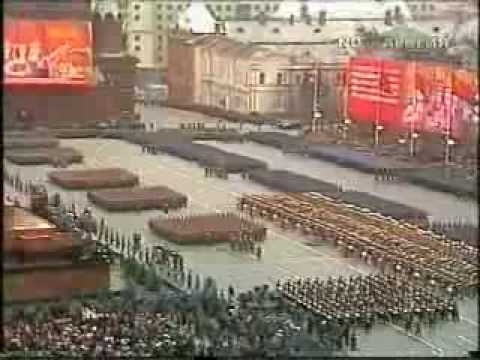 So humanity had a problem back in 1983. Many problems actually, but most acutely was the presence a heavily armed totalitarian communist empire with a vast nuclear arsenal and an ancient and insular leadership that more or less had lost touch with reality. During the first Reagan administration, the Soviet Union’s “intelligence community” and top leadership convinced themselves that President Reagan intended to launch a preemptive nuclear strike against the Soviet Union. It was an amazing and chilling example of group-think as even minor incidents were interpreted fully through the lens of confirmation bias. When for instance the United States increased security at embassies following the Beruit bombing it was seen, among many other things, as an “a-ha!” moment among the Soviets that the dastardly Americans planned to launch a nuclear strike. Mind you, it also shows that the ancient and insular Soviet leadership failed to grasp Reagan’s true and ultimately successful plan to spend their sclerotic economy into bankruptcy.

The Soviet intelligence community felt absolutely certain of this intent to attack despite the fact that it made no sense and despite the fact they had a spy at the highest levels of NATO insisting that there was zero sign of such an attack. The fact that their spy at the highest possible levels of NATO repeatedly insisted that there was no sign of an attack must have simply served of further proof of sinister imperialist intentions. Likewise, a highly placed western spy eventually reported back to NATO that the Soviets were convinced such a strike was coming, and people like Robert Gates had a very difficult time imagining such a thing to be possible. Have the Soviets lost their minds? Sadly they had.

On Sept. 26, 1983, during this hysteria, Lt. Colonel Stanislav Petrov was monitoring the satellite systems at Soviet Union’s Air Defense Forces when an alarm sounded announcing the launch of five American nuclear missiles. Protocol required Petrov to alert his superiors to the launch. The flight time of missles from the United States last only 20 minutes, and the ugly logic of “use it or lose it” in a scenario of Mutual Assured Destruction predominated Soviet military doctrine. “The siren howled, but I just sat there for a few seconds, staring at the big, back-lit, red screen with the word ‘launch’ on it,” Petrov related to the BBC in 2013. “There was no rule about how long we were allowed to think before we reported a strike, but we knew that every second of procrastination took away valuable time, that the Soviet Union’s military and political leadership needed to be informed without delay. All I had to do was to reach for the phone; to raise the direct line to our top commanders — but I couldn’t move. I felt like I was sitting on a hot frying pan.”

Instead of following established protocol and risking global thermonuclear destruction, Petrov utilized his own judgement. Why would the United States launch five missiles? If the United States were going to launch a preemptive strike, five missiles made no sense. He suspected some sort of error- which in fact it was in the form of a unusual cloud formation that the Soviet system had mistaken for an apocalyptic launch. Fortunately for all of us, Petrov decided to turn the alarm off, not to notify his superiors, and to simply wait a few minutes to see whether or not an attack occurred.

Petrov’s reward for saving the planet-an official reprimand from his “superiors.” A badge of honor to be sure, and it beat the living daylights out of the alternative. The Soviets btw kept their insane theory about a preemptive American attack until the completion of a NATO training exercise known as Operation Able Archer.

The conclusion of the NATO training exercise made it abundantly clear, even to the dimmest Soviet bulbs, that they had deluded themselves into a very dangerous hysteria. A few years later a younger Soviet leader began negotiating an end to the Cold War. The world survives a near brush with nuclear apocalypse: roll credits! This however was no Hollywood fable, it actually happened.

Petrov lived in obscurity for most of the remainder of his life, until news of just how close the Soviets were to going full 99 luftballoons came to light, whereupon he became known as “the man who saved the world.” The single sane man managed to thwart the insanity of a totalitarian bureaucracy died earlier this year in a Moscow suburb. Well done Stanislav and thank you. For choosing not to reach for that phone in what may have been the most crucial exercise of grace under pressure in history, I nominate Stanislav Petrov for a posthumous Al.

This entry was posted on Tuesday, October 17th, 2017 at 6:38 am and is filed under Al Copeland Humanitarian Award. You can follow any responses to this entry through the RSS 2.0 feed. You can leave a response, or trackback from your own site.

7 Responses to Stanislav Petrov for the Al