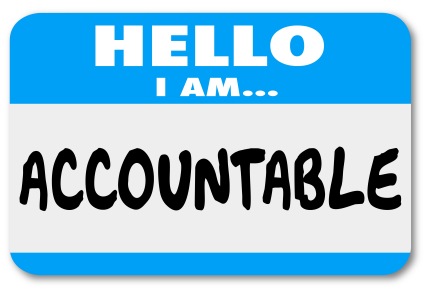 In a recent blog post, I argued the Mike Petrilli “fundamentally misunderstands accountability” because he sees it as meaning top-down regulations when the reality is that “true accountability is when service providers are directly answerable to the people most affected by their performance.” I further noted that, as Thomas Sowell has written, “It is hard to imagine a more stupid or more dangerous way of making decisions than by putting those decisions in the hands of people who pay no price for being wrong.”

Mike responds by arguing semantics, attacking straw men, and taking my words out of context. He writes:

As Jason knows, I agree with him—and with Sowell, Milton Friedman, and many others—that schools must be accountable to parents via the marketplace, that school choice is a better system than a regulated monopoly, and that I don’t in fact support “top down regulations.” What I and other “choice realists” want is for schools of choice to be lightly regulated yet subject to societal expectations regarding results. That’s what we mean by “accountability.” It’s Jason and his like-minded colleagues who have sought to redefine that word to mean “regulation.” Ironically, the teachers unions play the same game, saying that schools such as charters, which are partially freed from meddlesome government regulations (like tenure rules), are not “accountable.” This strikes me as mildly Orwellian.

Actually, it’s Mike who is trying to redefine the term “regulation.” Merriam-Webster defines “regulation” as “an authoritative rule dealing with details or procedure” or “a rule or order issued by an executive authority or regulatory agency of a government and having the force of law.” When the government issues a rule saying that schools that fail to meet its criteria are ineligible to accept vouchers from parents who would like to choose that school, that is a regulation. That may be a wise or foolish regulation, but it should not be controversial to recognize that it meets the textbook definition of a “regulation.”

If anything is Orwellian, it’s Mike’s insistence that we reserve the term “regulation” only for regulations he doesn’t like.

For the record, I support certain regulations — yes, regulations! — ensuring financial accountability to the taxpayer, such as requiring that ESA parents submit receipts, regular audits of such programs, etc. Taxpayers are owed accountability for funds they are forced to fork over, which means ensuring that they are only used for their intended purposes. However, accountability for academic results should lie primarily with those who have both the greatest incentive to help and most local knowledge about the children we are funding: their parents. In any case, I don’t pretend that the regulations I support somehow aren’t “regulations” just because I support them. Mike shouldn’t either.

If Jason and Jay and others are saying that those of us in the Ivory Tower shouldn’t sit in our Star Chamber and decide which schools should live and die, based solely on their test scores, I say Amen. But that’s not what we’ve ever proposed. The charter sector has invented an entity called a school authorizer. The best ones know the schools they oversee inside and out. They aren’t “distant”; they build relationships with the schools’ boards, leaders, and parents. They understand the stories behind the test scores. And when reviewing the performance of “their” schools, they look at myriad factors besides those test scores. (As Andy Smarick has argued, voucher programs could use something like authorizers, too.)

Here, Mike is attacking a straw man. Were we talking about charters? No. The article to which I was responding was titled, “Vouchers have changed. Maybe your position should change, too.” In that article, Mike wrote:

In Louisiana, participating private schools that serve more than forty voucher students must administer all of the state tests to them. They then receive a “scholarship cohort index” score that’s used to determine whether they can continue to accept new students. Louisiana state superintendent John White has already triggered the provision to keep several schools from accepting new voucher-bearing pupils.

In Indiana, schools must administer the Indiana Statewide Testing for Educational Progress assessment and report their graduation rates to the states. These data are used to determine each private school’s A–F rating—just like their public school counterparts. If a school is rated a “D” or “F” for two or more consecutive years, it becomes ineligible to accept new scholarship students. (The information about these voucher programs comes from the American Federation for Children’s school choice yearbook.)

So if you oppose vouchers because of lack of accountability, it may be time to change your position.

My response was focused entirely on private school choice (i.e., vouchers, tax-credit scholarships, and education savings accounts). Mike continues to tout policies like those in Louisiana that likely contributed to the first negative outcomes in any random-assignment study of any voucher program, but when I call him out for this, he wants to change the subject and talk about charters instead. I wonder why!

(Note also: I’ve already responded to the Smarick proposal Mike plugged, which I think is creative but unwise.)

By focusing on charters, Mike is able to attack a straw man rather than address my actual points. I do not object to charter authorizers closing schools based on local knowledge, as he described above. I object vigorously to default closures (or expulsion from voucher programs) based on a pre-ordained formula, especially one (like the A-F grading system* he promoted in his previous article) that is heavily dependent on standardized test scores.

Mike titled his recent article “Accountability to parents is necessary but not sufficient,” but he doesn’t even attempt to defend this position. Is there any reason to believe that mandating the state test and tossing out low-scoring schools would produce better results, in the long run, than mandating that voucher-accepting schools administer their choice of nationally norm-referenced tests and reporting the results directly to parents? If so, he doesn’t offer any. So-called “choice purists” prefer the latter regulation (there’s that word again!) because it avoids incentivizing the narrowing of curriculum or the refusal of quality schools from participation in voucher programs, as Lindsey Burke and I described in our recent report, “Recalibrating Accountability.” If Mike wants to have a conversation about the points we’ve actually made, instead of the non sequiturs he’d rather raise, I’m happy to talk.

Perhaps Jason, Jay, and Thomas Sowell would disagree. They might argue that taking decisions out of the hands of parents can never be justified. But with education, it’s simply not true that the public “pays no price” for being wrong. We all pay a hefty price when kids don’t learn. So, in rare cases, we need to act accordingly.

Here, Mike distorts the meaning and context of what I (and Thomas Sowell) wrote. I said that bureaucrats pay no price for being wrong, not that society pays no price. When a kid graduates high school unable to read his own diploma, no teacher, superintendent, or state education agency employee loses their job, nor does any politician (or, for that matter, any think tank wonks). Better to leave such important decisions in the hands of people who do bear the consequences of their decisions: parents.

In conclusion, I think Mike should update his own flawed choice taxonomy. At heart, he’s really a Super Nanny:

(Just kidding, Mike! You know we love you.)

* UPDATE: Above I called Louisiana’s A-F grading system “heavily dependent” on standardized test scores. Actually, for grades K-6, it is entirely dependent on test scores, as the LA DOE website explains. For grades 7 and 8, 95% of the letter grade is based on those scores. For high schools, half the grade is based on the scores, and half is based on graduation rates. Mike says he likes using LA’s A-F grading system to kick out low-performing schools, but he also offers an “Amen!” to the notion that “those of us in the Ivory Tower shouldn’t sit in our Star Chamber and decide which schools should live and die, based solely on their test scores.”

So which is it, Mike?

This entry was posted on Thursday, February 9th, 2017 at 9:28 am and is filed under Uncategorized. You can follow any responses to this entry through the RSS 2.0 feed. You can leave a response, or trackback from your own site.

18 Responses to Getting Accountability Right