Winning the Blaine Game in Nevada 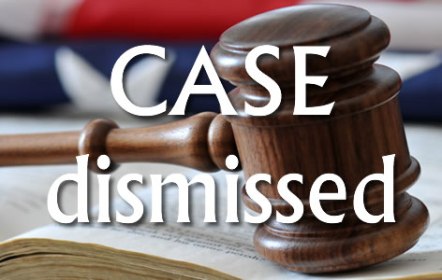 As Matt noted earlier, a Nevada judge upheld the state’s ESA program yesterday. Here’s what the Institute for Justice had to say:

“Today’s decision is a powerful rebuke to the idea that school choice programs undermine education,” said Tim Keller, managing attorney for the Institute for Justice’s Arizona office, “The Nevada ESA program contains both hallmarks of a constitutional school choice program: parents, not the government, decide where their children go to learn, and the government stays entirely neutral with respect to religion.” The Institute for Justice (IJ) represents six Nevada parents who have been approved for ESAs.

ESAs are a cutting edge reform in finding ways to educate a booming population amidst strained state budgets. The ESA program deposits money into accounts controlled by participating parents, who then use it to design a customized education for their children. ESA funds may be used to enroll in private schools, hire tutors, buy textbooks and curricula, and even pick and choose among individual courses at public schools and universities.

“ESAs hand the reins over to parents,” explained Keith Diggs, also an IJ attorney in Arizona. “Kids don’t deserve to be stuck in a school that doesn’t suit them. ESAs will open up a huge array of options and create a market where parents can seek out the education their kids need.”

Over at the Cato-at-Liberty blog, I take a deep dive into the judge’s ruling:

Following the U.S. Supreme Court’s First Amendment jurisprudence, the judge held that the Nevada Constitution prohibits aiding one religion, preferring one religion over others, or aiding all religions in a manner that prefers religion over non-religion, citing in particular the state constitution’s declaration that the “free exercise and enjoyment of religious profession and worship without discrimination or preference shall forever be allowed in this State.” The Blaine Amendment had prohibited “sectarian” instruction in the public schools, but did not preclude the legislature from enacting religiously neutral programs that would provide funding to families to educate their children in the manner they preferred, whether at a religious or secular institution.

…the Nevada judge held [that] any benefit to religious schools from the ESA was ancillary and indirect. The Blaine Amendment “was not intended to preclude any expenditure that has an incidental benefit to religion, where such is made for a primary secular purpose,” and the ESA “was enacted for the valid secular purpose of providing financial assistance to parents to take advantage of educational options available to Nevada children.”

This entry was posted on Thursday, May 19th, 2016 at 10:24 am and is filed under Education Savings Accounts, Uncategorized. You can follow any responses to this entry through the RSS 2.0 feed. You can leave a response, or trackback from your own site.