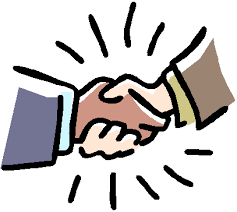 I’ve been poking fun at people using Twitter for serious policy debates.  I acknowledge that Twitter is great for disseminating links, breaking news, and humor, but for conducting serious arguments Twitter has to be just about the dumbest thing on the planet (and I’m so dumb I periodically try to do it).

But there is something worse about trying to have serious policy debates on Twitter — it makes everyone come off as snarky and mean.  I’m sure I’m as guilty of this as anyone.  But there is no doubt that forcing communication in short, 140 character bursts coarsens debate and polarizes differences by removing subtlety and nuance.

There is an antidote to this corrosive effect of Twitter — meeting people in person.  AEI’s Rick Hess has a gathering a couple times a year of policy analysts, scholars, entrepreneurs, and practitioners.  Rick has an excellent ability to bring together top-notch people from a variety of backgrounds and perspectives.  I always learn something useful at these meetings, but much more importantly, I get to meet people whom I might otherwise only know through Twitter or blogs.

The vast majority of times, when I meet people in person with whom I’ve had run-ins on the internet I discover that these folks are good, friendly, and a pleasure to talk to.  I almost always discover that we don’t disagree on policy nearly as much as we thought when we were taking shots at each other on Twitter or the blogs.  Occasionally, I find that people who I liked and agreed with on the internet turn out to be jerks.  But, on average, in-person meetings greatly reduce the personal animosity and bickering promoted by the internet.

There is no going back on the increasing use of the internet for policy debates.  More information, more quickly disseminated, and more easily accessed are good things that people rightfully want.  But it comes at a price.  To reduce that price we should continue to invest in in-person gatherings, like the ones Rick hosts.

This entry was posted on Monday, December 9th, 2013 at 9:29 am and is filed under Uncategorized. You can follow any responses to this entry through the RSS 2.0 feed. You can leave a response, or trackback from your own site.

6 Responses to The Anti-Twitter