Pass the Popcorn: It’s All Greek to Me

This debate is the opposite of Aliens Versus Predator. Whoever wins, we win!

The real debate, in my mind, is whether or not Joss Whedon is the greatest storyteller of our time. There are other contenders to the throne, of course. We’ve written about a few folks who could vie for that title here on Jay P. Greene’s Blog from time to time.

Why pick only one winner? Here’s a much more interesting way to look at things:

Who Is Our Homer? 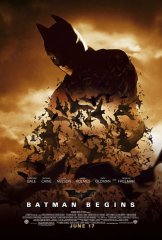 Job Qualifications: High-stakes conflicts between titanic characters who evoke or represent transcendent forces; the essential passivity of man under the power of cosmic forces greater than himself. (Wars between champions loom large.)

Who Is Our Aeschylus?

Who Is Our Sophocles? 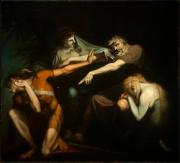 Job Qualifications: The dynamic interdependence between our choices and our character; we can only act based on who we already are, but can only be who we are through how we act. (Daddy issues loom large.)

Who Is Our Euripides?

Candidate: (I hate to say it since I’m a Watchmen hater, but…) Alan Moore

This entry was posted on Friday, April 27th, 2012 at 3:20 pm and is filed under Pass the Popcorn. You can follow any responses to this entry through the RSS 2.0 feed. You can leave a response, or trackback from your own site.

4 Responses to Pass the Popcorn: It’s All Greek to Me