At Last, a Good Failing-Schools Voucher 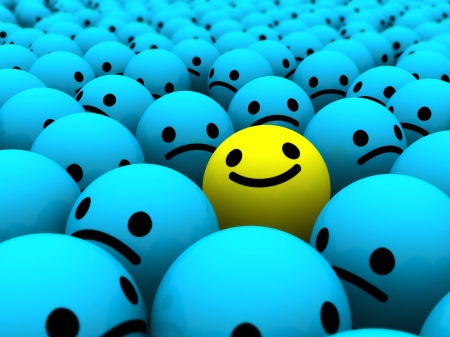 The first failing schools voucher was Florida’s A+ program. It was a good program that created a lot of improvement in public schools in its first yeras. But few people appreciate what a nightmare it was on the administrative side, partly as an inevitable result of its failing-schools design, and partly because the state DOE took advantage of the opportunities that design created for mischief. That almost certainly contributed to the fall-off in its impact on public schools in later years.

I discussed these issues at length in my last study of the Florida program:

There were a number of unusual obstacles, not present in most voucher programs, that kept participation rates for A+ vouchers unusually low. A certain amount of this kind of diffi culty is inherent in the “failing schools” model of vouchers, where students’ eligibility for vouchers is determined by the academic performance of their public schools. Every year, a new set of parents need to be reached with the message of what vouchers are and that they are eligible for them; there can be no gradual building up of information about the program among a fi xed population that is always eligible. However, in the A+ program the worst obstacles were not inherent in the program design, but were imposed by the Florida Department of Education as part of its implementation…

School grades were (and still are) announced in the summer. The timing of the announcement does not follow a set schedule every year and thus is unpredictable. Once the state announced school grades, determining which schools were eligible for vouchers, parents had only two weeks to apply for the program. If they missed this fleeting application window, they could not apply later.

The extremely short two-week eligibility window was a major obstacle to participation. This difficulty was greatly compounded because parents did not know whether they were eligible until school grades came out, at which point the two-week clock began ticking. Moreover, parents did not even know when the announcement of the grades might be coming.

This combination of factors made it extremely difficult to keep parents informed. Nobody knew in advance of the application window which parents would be eligible, and nobody knew in advance when the announcement would come. And once the announcement came, there were only two weeks to get from a starting point of zero information to an ending point of parents submitting their applications for vouchers. Many—possibly even most—parents probably would not even have known that their children were eligible for the program until it was too late to apply.

Another disadvantage is the dynamic of media coverage, which is where most parents get their information about programs of this type, especially when there is no opportunity for a long-term building of knowledge in a fi xed population by word of mouth. When two schools were designated as eligible for vouchers in 1999-2000, naturally media attention focused on those two schools. This would have helped parents in those neighborhoods find out about the program. Or again, in 2002-03, when a substantial number of schools became eligible for vouchers after two straight years with no schools eligible, that was a big news story.

These two years are both instances of how a failing schools voucher program can create “shock value,” but thing about shock value is that it doesn’t stay shocking forever. In years after 2002-03, A+ vouchers were no longer the news story they were in that year. This would have made it less likely that parents would hear that they were eligible for vouchers…

Then there’s the Ohio EdChoice program, which, like Florida’s A+, only serves a small population of schools and has a positive impact on public school performance but a modest one.

The Jindal plan, by contrast, would give a voucher to all students below a certain income in schools that get a C, D or F. That adds up to almost 400,000 eligible students, over half the state population. While changing eligibility from year to year would still be present, it would be greatly mitigated both by the lower performance bar for school eligibility (schools that change grades within the A-B range or C-F range won’t change eligibility) and also by the large amount of attention generated by such a large eligibility pool. When more than half the state’s students are eligible for choice, people will know that choice exists!

I continue to think that only universal choice will really get education out of the rut it’s in. But this would be a huge step in that direction.

This entry was posted on Wednesday, February 1st, 2012 at 3:07 pm and is filed under vouchers. You can follow any responses to this entry through the RSS 2.0 feed. You can leave a response, or trackback from your own site.

3 Responses to At Last, a Good Failing-Schools Voucher