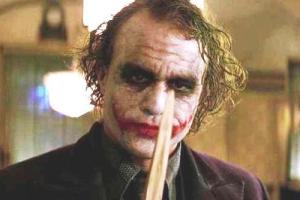 The existing school system persistently fails to pick up and reproduce best practices. Reformers have identified no end of good ideas that hold a lot of promise – provided you can get schools to try them. But no matter how good the ideas are, no matter how many high quality models you build and demonstrate, other schools never seem to pick them up and adopt them.

Therefore fixing schools will require the exercise of power. Somehow we have to get people to do things they currently find unpersuasive or excessively painful.

But people don’t like to be made to do things. They want to live in the way that seems right to them. And this is a legitimate desire – we can’t “live in the truth” if we have to live in ways that we experience as inauthentic. The more we have to do things that we don’t believe in because others, who have power, force us to to them, the more inauthentic our lives become. This makes us miserable, destroys motivation and idealism, shuts down the entrepreneurial drive for improvement, and breeds resentment.

That last item on the list can’t be stressed too strongly. Command and control is not only destructive in many other ways, it also fails to accomplish its explicit goals, because people who are subjected to it quickly develop a strong sense that cheating the system is okay, even virtuous, since the system itself is evil.

Reforms only work if you have three things. First you need a good idea – the reform itself. Next you need people who are capable of carrying it out – hence the rise of teacher quality as a focus of reform. But there’s a third thing you need, and this is why command-based approaches never work: you need an institutional culture in which reform is viewed as legitimate, necessary and empowering.

But trust and teamwork can only be mobilized for the right goals when people sincerely believe in the goals. The processes – and reforms – necessary to achieve those goals need to be understood and experienced as legitimate. Reform can’t just be imposed by power; it needs to become part of people’s truth.

Forgetting this fact, and actively corrupting the social processes that people rely on for truth, is the great temptation that always comes with power. The Gates Foundation, having succumbed to this temptation, is now embarking on what looks to be a wasted, deeply counterproductive decade or so (depending on how long it takes them to come to themselves) of command-and-control based reform.

So how can we accomplish reform in a way that is both humane and effective?

Let’s go back to the original reason we need power: “Somehow we have to get people to do things they currently find unpersuasive or excessively painful.” Emphasis added!

People need to be persuaded to adopt reform as part of their truth – something they experience as legitimate, necessary, and empowering.

“But wait!” I hear you cry. “That’s what we’ve been trying for decades, and it hasn’t worked!”

That’s right, so let’s ask why it hasn’t worked. I mean, isn’t it a little odd that 1) the system is so overwhelmingly dysfunctional that it’s destroying millions of children’s lives, 2) the people in the system are normal people, not psychotic or anything, people who by all accounts care about children’s education at least as much as the average person if not, you know, a lot more, and yet 3) the people in the system can’t be brought by any means to see reform as necessary?

What is it about the system as currently constituted that ensures reform is never embraced as something legitimate, necessary and empowering?

The system is moribund because it is a monopoly. When any institution has a captive client base, support for innovation vanishes. Reform requires people and institutions to do uncomfortable new things. Thus it won’t happen unless people are even more uncomfortable with the status quo than they are with change. So we need institutional structures that make the need for change seem plausible and legitimate. A captive client base ensures that such structures never emerge. An urgent need for change never seems really plausibile. An institution with captive clients can – or at least it will always feel like it can – continue to function, more or less as it always has, indefinitely. So why change, when change is uncomfortable, even painful?

This is why even small reforms that seem like they would be easy to implement have consistently failed to scale, and the attempt to impose such reforms through national command structures will fail even more spectacularly. Institutional culture in the existing system is hostile not just to this or that reform, but to reform as such, because it excludes the only institutional basis for making the need for change seem plausible and legitimate: the prospect of losing the client base.

This is what school choice advocates are talking about when they talk about the value of competition. “Competition” does not mean a cutthroat, ethics-free environment where individuals and institutions seek their own good at the expense of the good of others. Rather, competition is the life-giving force that drives institutions to become their best and continuously innovate, because it is the only way to hold institutions accountable for performance in a way that is both productive (because it aligns the measurement of institutional performance with people’s needs) and humane (because it creates accountability in a decentralized way rather than through a command-and-control power structure).

Where real competition is present, the cutthroats and self-servers are generally the first to fail. It is the individuals and institutions that focus on serving the needs of others who find success.

This is why big corporations, Wall Street firms, etc. are always opposed to free competition and are always seeking partnerships with government to undermine and eliminate it. They want to be able to use their dominant position to extract wealth without being accountable to serve anyone else’s needs.

Educators experience the urgency of the need for change when families not being served can leave for other schools – and they will never experience it any other way. Discomfort with change is also reduced for parents, because school choice restores their control over their children’s education.

This is not to say that power plays no role. The school choice movement needs power to break the union deathgrip on education policy and implement a real (i.e. universal) school choice program. And of course that means we need to be on our guard against the temptation to corrupt the knowledge process – to make power more important than truth, to say things that aren’t true but will help us get power. And power will continue to play a role, not only in continuing to defend real choice once it’s implemented, but also to enforce the rules of participation (to punish cheating, etc.).

But choice is the approach that is able to take both power and truth seriously. Command and choice are the two great methods of changing institutions. Command puts power in the driver’s seat, and sometimes (e.g. when punishing crimes) that’s necessary. Choice tends more in the direction of favoring truth over power.

I know which path I’m betting on. And so, I guess, does Gates. May the best man win.

This entry was posted on Wednesday, July 27th, 2011 at 1:59 pm and is filed under instructional reform, politics, school accountability, tax-credit scholarships, vouchers. You can follow any responses to this entry through the RSS 2.0 feed. You can leave a response, or trackback from your own site.