Leo over at EdWize (the AFT blog) has posed the question: “When you have spent that last decade telling everyone who would listen that public schools should be for sale, on what grounds do you complain about someone who would sell a Senate seat to the highest bidder?”

Leo has a different recollection of my past decade than I do, as I don’t remember ever telling anyone that public schools ought to be for sale, much less doing it constantly. Never mind that however, I think that Leo is on to something here. The prime targets for leveraged buyouts are companies whose stock valuation falls below the value of their assets. This of course only occurs through gross mismanagement, where companies become worth less than the stuff they have lying around. The management of such companies should be seen at best as incompetent, and at worst as rent-seeking leeches drawing paychecks while destroying value.

Many American school districts likely fall squarely into just such a state of mismanagement- taking $10,000 per year per student, but failing to teach 36% of 4th graders how to read, and failing to get half of African American and Hispanic student to graduate from high school. These are simply averages, and obviously many districts contribute far more than others.

Leo, you are a genius. We can put together a LLC to do the LBOs once the credit crunch ends. Who could be better at defeating the poison pill strategies of the leeches than a former AFT guy? 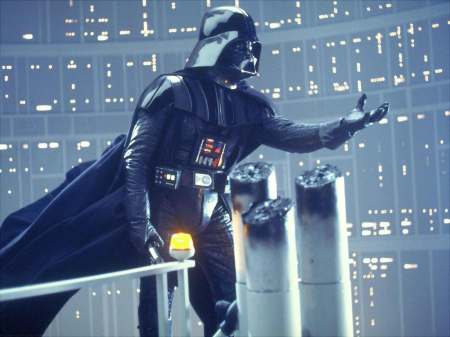 Leo, you do not yet realize your importance: with our combined power, we can destroy the leeches- they have foreseen this. Join me, and we can put an end to this destructive conflict, and bring learning, order and profit to the nation’s schools.

It is your destiny.

This entry was posted on Thursday, December 11th, 2008 at 8:33 am and is filed under teacher union, vouchers. You can follow any responses to this entry through the RSS 2.0 feed. You can leave a response, or trackback from your own site.