As Congress scrambles to add a couple billion more to the “cash for clunkers” program, the DC punditocracy sees the program as a sign that government programs are turning the economy around.  Seizing the positive moment, President Obama flew to Indiana to decalre that the economic tide is turning thanks to his efforts and to promise more government programs to spur economic activity.

Who knows if the economy is really turning or how robust a recovery will be?  But whatever progress does occur has nothing to do with cash for clunkers or other stimulus spending.

If we offered giant government subsidies for anything, we would see more purchases of that thing, but that doesn’t mean that the subsidies made a net contribution to economic activity.

Just yesterday I noticed that Procter and Gamble reported an 18% drop in profits from an 11% drop in sales.  Maybe we need a government program to spark more sales for P&G.  The government could offer “cash for Crest,” P&G’s toothpaste brand.  If the government threw a couple billion dollars of subsidies at toothpaste sales, I’m sure we’d see an explosion in toothpaste purchases.  But if the government did so, all we would be doing is shifting consumption to toothpaste away from other current or future consumption.

The Wall Street Journal has proposed the proper solution to this problem.  How about if we have a $4,500 subsidy for everything?  Of course, the WSJ correctly notes that this is “crackpot economics.”  But that somehow doesn’t stop Obama or the punditocracy from declaring economic victory for government planning.

Your Stimulus Money at Work

If you want to get a feeling for how education stimulus dollars are being used, check out this story from the Northwest Arkansas Times.  We learn that the Fayetteville School District is using stimulus dollars to double the regular pay of teachers working in a summer literacy program.

Fayetteville School District is using part of its federal stimulus funding to pay teachers in the Leap Ahead summer literacy program at Owl Creek School about double their regular pay.

Teachers in this program that targets at-risk students who have completed kindergarten through second grades will bank $8,000 for 12 days of classroom instruction and three days of preparation at the school.

That’s about $533 per day for working from 8:30 a.m. to 3:30 p.m. This does not include any extra time that school officials say teachers will be required to develop lesson plans and meet with parents.

For those of you without a calculator, that works out to paying Fayetteville teachers $76 per hour of scheduled work (excluding benefits) to do something that teachers in neighboring Springdale are doing for $25 per hour.  And it is apparently double what the same Fayetteville teachers are normally paid.

The Leap Ahead program may well be a good one.  But it isn’t clear how simply paying the same people more to do the same thing that would have been done in the absence of stimulus money helps anyone other than the people getting paid more. 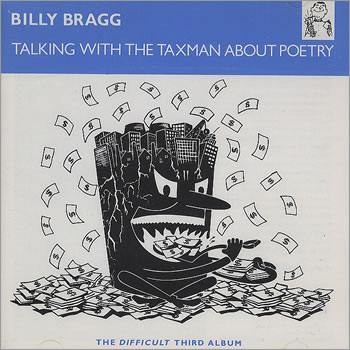 Don’t miss Jay’s article on NRO this morning praising the stimulus bill – that is, celebrating the fact that the stimulus isn’t even worse than it actually is.

As Jay reminds us, the Democrats made big promises about expanding preschool. The enormous slab of edu-pork in the stimulus bill could easily have been designed to lay the groundwork for fulfilling those promises, but it doesn’t:

Of course, if this money isn’t really going to help children learn, it would be best if we didn’t spend it at all. But Congress seems determined to burn giant piles of cash in the hopes that its warm glow will stimulate us. Given the circumstances, it’s some consolation that the current education stimulus won’t force us to burn larger and larger piles of cash forever into the future.