Innovators and Laggards in Southern Arizona 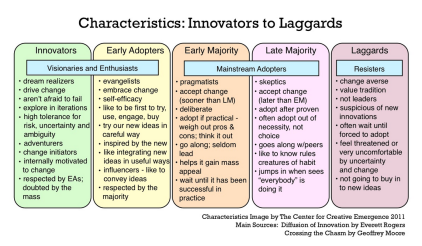 The Tucson Daily Star carried an (unintentionally) amusing vignette on education policy. Arizona has a growing teacher shortage. Baby Boomers retiring, fewer students going to Colleges of Education, etc. Old hat to long-time JPGB readers such as yourselves. So last session the legislature decided to show a bit of respect to “local control” and give school districts more flexibility in hiring. Arizona charter schools have been hiring non-certified teachers for 22 years now and it seems to be working just dandy on the whole, so why not give districts the same larger pond in which to fish for talent?

I must have seen my friend Janice Palmer, the former lobbyist for the Arizona School Boards Association who now works for the Helios Foundation, attempt to remind legislators that they believe in local control umpteen dozen times over the years. Moreover I am entirely confident that I saw but a small fraction of the total number of such appeals. Districts want local control-so here it is!

So what’s the problem? Nothing much, except most of the districts in Tucson either don’t want it or can’t quite figure out what to do with it. From the Daily Star:

The measure, approved in May, was designed to get more teachers into classrooms, yet weeks before the school year was set to begin, Tucson-area districts reported having nearly 200 openings to fill.

Tucson’s largest school district, TUSD, made up the bulk of those vacant teaching positions, with 120 as of Wednesday, July 26. Still, TUSD said it plans to place long-term substitute teachers in classrooms rather than hiring people with no formal training.

“We’re big advocates of teacher certification programs, believing that teaching kids is an art and you learn that in teacher education programs,” said TUSD interim Superintendent Gabriel Trujillo. “I don’t want to make the assumption that someone without certification would be bad for kids. There are a lot of wonderful adults who would do well by kids … I would say they wouldn’t be as effective as a teacher as somebody who is fully certified.”

So certification path seems to have approximately nothing to do with student learning gains. Colleges of Education shouldn’t feel too bad as I am sure that medical schools in the Middle Ages also suffered from this sort of thing. And of course the “long-term substitutes” theory tends to often work out as “revolving door of instructors inflicted on kids” rather quickly in practice.

Ah well, not all is lost in southern Arizona. The district with the strongest reputation for innovation-Vail Unified to the south of Tucson-took a different approach. They decided to use their new freedom.

The Vail School District, recognized as one of the top achieving districts in the state, however, has decided to give noncertified teachers a shot, putting 40 people with no formal training into classrooms.

As a result, Vail started the new school year two weeks ago with no vacancies in a regular classroom.

“That was a huge accomplishment,” said Vail Superintendent Calvin Baker. “If you look at what’s happening in other school districts in the county, many have over the last couple years as the teacher shortage has become more acute, often students were starting the school year with a substitute teacher. We had to do that in the last couple years and we managed to avoid that this year and we did that because in part we had access to a larger pool of candidates.”

“I think that’s a really important statistic because it indicates that the alternative teachers we are hiring, most of them are not just somebody we met or just on a fluke decided to apply and we hired because we are desperate,” Baker said. “These are people we know because their children are going to school here and often their principal said, ‘You should apply.’ And these are people who know us and who have trusted their children to us and have a very strong commitment to making sure our schools are of high quality.”

Superintendent Baker was quick to add that liberalized certification is not a cure-all for the teacher shortage (I agree) but kudos to him for starting the year with a teacher for every classroom. And call me crazy but hiring people who have skin in the game and have already been volunteering and training them up sounds like a great idea.

Tucson Unified kids have been transferring to Vail schools through open enrollment in large numbers for many years. If TUSD parents find their kids getting the revolving door treatment, they should consider doing the same.