So my son Ben had an social studies assignment to explain the legislative process. He had to build a powerpoint and then this happened. Yes it went down the y-chromosome. I got a kick out of it, figured some of you might as well. 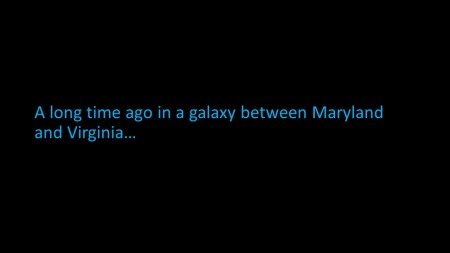 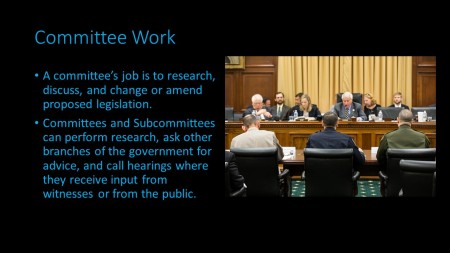 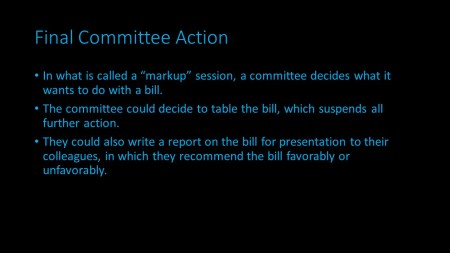 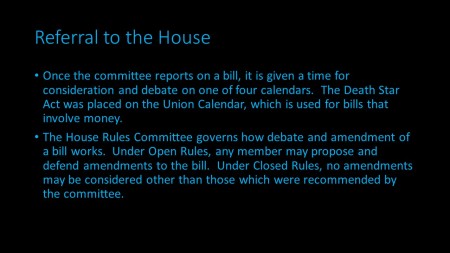 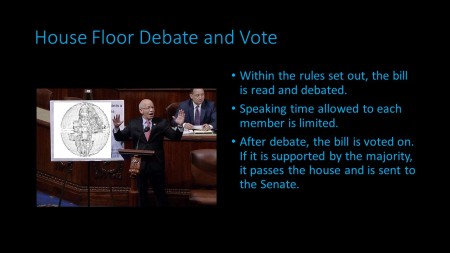 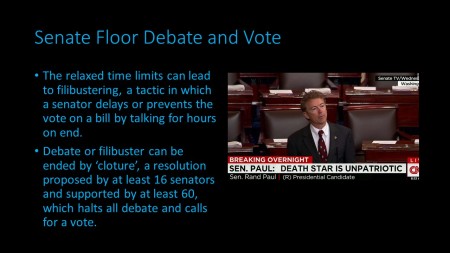 So still no spoilers here, but as a Gen Xer I have to say that the generational overtones between the Boomers and the Millennials in the new Star Wars flick make me chuckle. Luke as an old crazy guy is just…appropriate. That it was the next generation that helped drive him over the edge is…spot on. Where have you gone Master Obi-Wan? Our galaxy turns its’ lonely eyes to you.

This is not going to go the way you think

Spoiler free review: I loved it, want to see it again. One subplot too many, but still very good. If “there is always a way to blow it up” sums up The Force Awakens, the title of this post summarizes this film. New ranking:

Return of the Jedi

So I am 9 chapters into Ready Player One by Austin Texas uber-geek Ernest Cline and I can already tell you that this is basically the Forrest Gump for Gen-X, only waaaay better since it is about us instead of those tedious Baby Boomers.

If you were a teen in the 1980s, played tons of Atari 2600 video games, saw it as your purpose in life to put the high score on your favorite arcade game, played Dungeons and Dragons, were a film geek and listened to lots of Rush, then this book is a missing piece of your soul.  Cline wrote this book just for you, and Spielberg is currently filming the silver screen version.

If not, well you don’t know what you were missing.

Download now, read later, thank me after that. You are welcome in advance.

A few months ago, I was on a panel discussing the incorporation of user reviews into the K-12 space for things like digital courses and ESAs. One of my fellow panelists expressed skepticism about the entire project until I noted that Rotten Tomatoes allows both “expert” and “user” reviews of movies. With this, he expressed contentment so long as the experts got their own ratings for separate consideration.

It has long been my experience using Rotten Tomatoes however that the user ratings tended to be much more reliable than the critic reviews. Last night I got a double barrel reminder of this when I allowed a 74% fresh critic rating convince me to go see Ghostbusters before the audience score came in (the studio released the film yesterday).

The 44% rating of the audience is incredibly generous. The 74% critic rating reveals some sort of deep divorce from reality. This movie is about as terrible as:

Apparently 2o+% of people are just unwilling to admit that they paid to see a bad movie. What more proof? The critics nailed this one:

Sometimes both the critics and the audience gets it wrong, but the critics get it more wrong. This would be the case with Ghostbusters 2016 and:

Sometimes the critics and audience agree on a stinker:

So in the end, I’m happy to have “expert” reviews included, but if 74% of them thought that the hot mess I saw last night was a good movie, it says something important about relying solely on experts. Like everything else in life “experts” are not to be trusted.

Prince, like a Pharaoh of old, stores an important object away for the afterlife

Many of us feel like part of our childhood just vanished. Rest in Peace.

Star Wars the Next Generation

I saw it last night. No spoilers. Very solid imo.

So this series has potential. With a little polishing up this combo of soul singer Joss Stone and the Stone Temple Pilots could work.

Let me help Kimmel and crew out here. Gretchen Wilson and Alice in Chains showed you how to do this back in 2007:

Next up for disruption: ESPN

For the last view decades ESPN has bestrode sports and cable television like a colossus. With the advent of DVR technology, live sporting events stood out as something that people still watch live (along with those lucrative commercials) whereas most other things people tape and skip over the ads. ESPN throwing giant bales of money at college sports in order to secure such live programming has been the background music of the college football missle crisis as conferences jockeyed for position and market share and network dollars.

Now the entire business model has come under question. The problem is that while the people who aren’t cutting the cable cord may be doing it because of sports (guilty as charged here) lots of other people have decided to cut the cord. Those people used to pay for ESPN even if they didn’t watch it. ESPN charges cable companies hefty fees to include their channels on basic cable. With the advent of streaming services, an increasing number of people have decided not to pay for any channels at all. Meanwhile, ESPN is on the hook for some very large long-term contracts and the Disney mother-ship has begun to force cost cutting on the former jewel of their broadcasting crown.

Anyway all of this is just a prelude to an interesting quote from an AEI blog post on this subject:

“Destruction will come slowly. Academics have noted that disruptive cycles take place over periods of 15-30 years. Even if those cycles are faster than ever with the ever-falling costs of distributing information, educating the public about new ideas, and producing innovative products, it will still be a number of years before we see meaningful change. In the short term, it might appear that everything is stable in Hollywood. The key is to remember that no industry is invulnerable to disruption. Barriers to entry be damned. Innovation always finds a way to drive cost down and bring people into the market. Some industries are harder to penetrate than others, but change is inevitable. Even in television, ‘winter is coming.’”