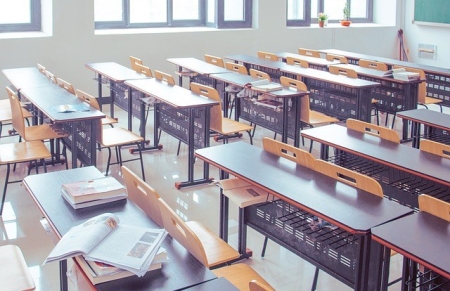 Opinion leaders in Oklahoma are orchestrating a full-court press to use remediation of “childhood trauma” as the next narrative under which they should get big, indiscriminate spending increases without accountability for results. As someone who had a traumatic childhood myself, I’m all in favor of expanding access to effective services in this area. That’s why I’m against big, indiscriminate spending increases without accountability, and in favor of school choice, which actually helps kids with traumatic experiences.

The usual reply to concerns such as this—other than “you’re cruel and heartless for asking whether the money we spend on helping people actually helps people”—is to lament how hard it is to have a positive impact on such intractable problems. When children are abused or mistreated, or have mental health disorders or other traumatic problems, they lose their proper chance to grow in their human potential. Getting wounded people on the road to recovery and growth is very, very hard.

That is all true. It is not, however, a reason to spend large amounts of money without accountability. It is a reason to look for more promising policy approaches.

There follows a recitation of findings on how school choice decreases rates of childhood trauma and provides a more supportive and effectively nurturing school environment.

Last year, a number of cases came to light in Oklahoma in which minority students were being targeted by racist bullies. One family was finally given permission—permission!—to transfer their child out of the school where he was being constantly persecuted. Untold thousands more children continue to suffer in their assigned government schools, whether because of racist bullying or whatever other adversity they experience, because they didn’t happen to catch the attention of the media and make the system look bad.

Yes, by all means let’s throw more money at the unaccountable government monopoly system as the only permissible defense for children experiencing trauma!

I promise not to be traumatized if you let me know what you think.

This entry was posted on Monday, September 9th, 2019 at 8:06 am and is filed under Uncategorized. You can follow any responses to this entry through the RSS 2.0 feed. You can leave a response, or trackback from your own site.