Parents are Smart. Technocrats are Dumb 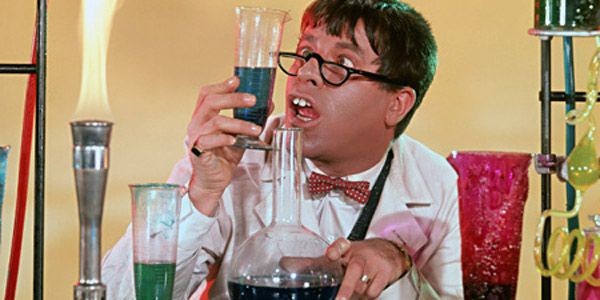 The technocratic brand of ed reform that is currently dominant is based on the premise that policy elites, guided by science, need to ensure school quality.  Parents should have choices, but they should only choose among quality options.  Mostly using test scores, technocrats believe they can identify quality schools and quality-promoting educational practices, which should over-ride parental preferences about which schools and practices offer a quality education.

A new study by Diether W. Beuermann and C. Kirabo Jackson suggests that parents may be better at detecting which schools promote long-term positive outcomes for their children than technocrats guided by short-term test scores.  They examine the school system in the Barbados in which parents seek admission for their children into schools they prefer, but those schools use test-score cut-offs to determine which students gain admissions.  The cut-offs create a discontinuity that allows for a rigorous causal identification of whether students who barely gain admission to a desired school have different outcomes than those with barely lower lower test scores who are denied admission.

They find that test score gains are no greater for students who were admitted to the schools their parents preferred than those not admitted.  For boys there are some signs that the effect on test score gains may actually be negative.  But when they look at longer-term outcomes, including educational attainment, employment, and earnings, they find significant benefits for students who were admitted to the schools the parents preferred.  These positive effects were driven mostly by gains for girls.  When they explore mechanisms for why these gains occurred, they find a significant reduction in teen motherhood for girls admitted to preferred schools, which contributed to their educational attainment and later employment and earnings.  They also found that both boys and girls experienced significant long-term health benefits as measured by a healthy BMI, regular exercise, and dental check-ups if they gained admission to the schools their parents preferred.  The researchers conclude: “This suggests that preferred schools may promote productive habits and attitudes that are not measured by test scores but contribute to overall well-being. This may represent a significant, previously undocumented, return to school quality.”

So, parents, on average, could detect important aspects of school quality that technocrats guided by test scores would get wrong.  Technocrats would conclude that the schools that parents prefer do nothing to improve student outcomes because test scores don’t rise or even go down when students get into the school their parents want.  But parents are smarter than the technocrats.  They prefer schools that improve long-term outcomes for their children.  Specifically parents seem to be able to choose schools that are more effective in developing the “character” of their children, making the students less likely to get pregnant as teens and more likely to be engaged in positive health behaviors later.  For boys this may not make a big difference in the labor market (although it does not harm those outcomes), but for girls these health improvements seem to drive higher educational attainment, employment, and earnings.

This study is consistent with a long line of research that finds a disconnect between short-term test score outcomes and long-term life outcomes, as described in a recent meta-analysis by my colleagues, Mike McShane, Pat Wolf, and Collin Hitt.  It’s amazing to me how champions of the technocratic approach continue to have faith that they have access to scientific tools to identify school quality that less well-informed parents lack despite the growing body of scientific evidence that demonstrates the very real defects of the technocratic approach.  Despite their daily hymns of praise to science, the technocrats don’t seem very scientific at all.

This entry was posted on Thursday, July 12th, 2018 at 4:16 pm and is filed under Uncategorized. You can follow any responses to this entry through the RSS 2.0 feed. You can leave a response, or trackback from your own site.

3 Responses to Parents are Smart. Technocrats are Dumb