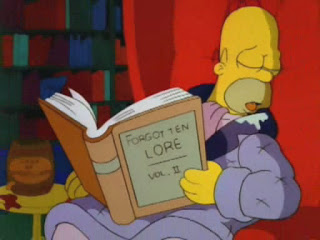 AEI’s Rick Hess and Andy Smarick both have well-earned reputations as thoughtful, insightful, and fair-minded scholars of education policy. However, in a recent piece for National Review highlighting the tension between local control and educational choice, I believe they missed the mark.

Before I get to where we disagree, I should note that I agree with most of what they wrote. Indeed, I think reformers would do well to heed the advice (and warnings) they offer at the end of their article. Choice is not a panacea, nor the be all and end all of education reform (though I do think it’s the most important element). Moreover, all policies, including educational choice, have tradeoffs. The benefits may far outweigh the costs, but there are costs, and advocates should acknowledge them.

However, Hess and Smarick are a bit too quick to dismiss the argument that the “most local of local control” is educational choice, and their description of the premises of the supposedly competing principles of choice and local control muddies more than it illuminates.

After noting the popularity of both district schooling and educational choice, the authors write:

Given its appeal, [choice] advocates have dismissed any potential conflict between choice and local control by blandly observing that parental choice is the “most local of local control.” As Education Secretary Betsy DeVos has put it, “the answer is local control. It’s listening to parents, and it’s giving more choices.” But this belies real tensions. After all, the local-district system is premised on tradition, continuity, and geography; choice on innovation, markets, and voluntary associations.

Bland or not, choice advocates are right to argue that the “most local of local control” is when the locus of control is parents, not elected officials and bureaucrats. Granted, as Hess and Smarick note, “local control” has “historically meant that an elected board oversees all public schools in a community,” and choice is in tension with the monopolistic system of local edu-bureaucracies. But choice advocates aren’t denying that. Rather, they’re exposing the reality that district schooling offers only the illusion of local control.

As Neal McCluskey has meticulously documented, our zero-sum political schooling system pits parents against each other. At best, majorities impose their will on minorities. But the reality is often even worse than that. As Terry Moe and others have shown, special interests have captured the public education system via low-turnout, off-cycle elections, collective bargaining, state and federal agency directives, and myriads of other means. The ability of parents to actually influence education policy is quite limited in this system.

Properly understood, as James Shuls has argued, local control means parents are in control of their children’s education:

De Tocqueville wrote long ago, “local assemblies of citizens constitute the strength of free nations.”  Unfortunately, our local institutions governing education have been weakening in recent decades.  On the other side of the Show-Me State, the recent school board elections in the Kansas City School District didn’t have a single name on the ballot. Only one candidate got the necessary number of signatures to run in the election and was thus automatically elected, and the three other seats had to be filled entirely by write-in candidates.

To turn a phrase of left wing activists around, is this what democracy looks like? Or, more pointedly for conservatives, what does local control mean in education today?

Local control is not simply a tyranny of the majority on a small scale. Local control, properly understood, means empowering families, those “little platoons” that another lover of local control, Edmund Burke, so valorized, to make the best educational decisions for their children. It means allowing local community organizations like nonprofits and churches to operate schools where students are free to use their state support to finance their education.  It means interpersonal networks within communities coming together to share information about what schools are doing, which ones are better than others, and where children might thrive.

In short, is has nothing to do with having a school board.

Hess and Smarick also go awry when they claim that “the local-district system is premised on tradition, continuity, and geography; choice on innovation, markets, and voluntary associations.” The reality is far more complex — so much so that their attempt at a such a clean distinction is more misleading than clarifying.

The district system is certainly about geography, and it’s also true that adults have a great deal of nostalgia about their childhood schools (and especially their sports teams), but when so many district schools are embracing the latest social justice fads (thanks in large part to ed schools),  it’s hard to claim that they’re premised on tradition and continuity.

And while choice advocates may talk too much about innovation and markets (mea culpa), the reality is that most parents participating in choice programs are choosing religious schools rooted in tradition, continuity, and community (my family included). Indeed, some of these schools predate our district school system — and even the nation itself.

Again, I think Hess and Smarick get a lot more right than they get wrong. Their thought-provoking article is definitely worth reading in full, especially by advocates of school choice. And even though I think their “tradition versus innovation” distinction doesn’t neatly align with the distinction between district schooling and school choice, it serves as a welcome reminder that choice advocates should also emphasize the ways in which choice can strengthen local communities, and how private and (perhaps especially) religious schools are already vital parts of the communal fabric.

This entry was posted on Wednesday, March 21st, 2018 at 9:27 pm and is filed under civic values, school choice, Uncategorized. You can follow any responses to this entry through the RSS 2.0 feed. You can leave a response, or trackback from your own site.

One Response to Yes, School Choice *Is* Local Control