The Play’s the Thing 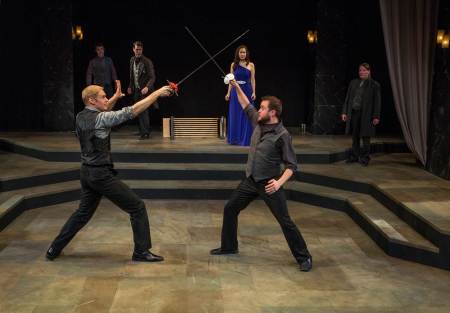 What do students learn from field trips to see live theater?  As it turns out, quite a lot.  That’s the finding of my new working paper co-authored with Heidi Holmes Erickson, Angela Watson, and Molly Beck that was posted on SSRN this week.

We randomly assigned groups of students to receive free tickets to see a play or to remain in their school to serve as the control. We repeated this experiment for five different plays over a period of two years.  For two of the plays we added a second treatment condition in which students left school to see a movie comparable to the play, while some were randomly assigned to see the play and the rest remained in school as the control.

Across all five plays we found that students randomly assigned to see live theater scored significantly higher than the control students on measures of tolerance and social perspective taking as well as a test of their knowledge of the play’s plot and vocabulary.  For the two plays in which there was also a movie treatment, we found no difference between students who saw the movie and those who remained in school as the control.  Seeing live theater produces important social and cognitive benefits for students that are not realized by showing them a movie instead.

This experiment cannot tell us the exact mechanisms by which these benefits are produced.  Our best guess is that leaving school to see a play exposes students to a broader world, which helps them gain greater understanding and acceptance of that broader world.  For many students, theater is a window to different people, places, and ideas.  Movies may not have the same effect because they lack the personal interaction of live theater.  Perhaps students are more intellectually and emotionally engaged when there are people acting out a story in front of them than when they see that story on a screen.  The relative novelty of theater may also be a factor.

Dan Bowen, Brian Kisida, and I saw similar tolerance and knowledge benefits in a previous experiment in which students were randomly assigned to go on field trips to see an art museum.  There appears to be something about the in-person exposure to cultural activities that affects student values and knowledge of that material.

The new working paper builds on and improves upon an earlier article that presented the results from the first two of the five play experiments we conducted.  With significant help from Cari Bogulski, Hunter Gehlbach, and Thalia Goldstein we revised the original study design to collect pre-treament measures of outcomes, add the movie treatment condition, and to include social perspective taking as an outcome.  The new study presents the results of all five plays combined although the estimated effects are remarkably consistent for each play separately.

Our research of both art museums and theater shows that out of school arts experiences produce significant benefits for students.  Much may be lost if we continue abandoning these activities as schools narrow their focus on math and reading test results.

This entry was posted on Monday, September 4th, 2017 at 7:29 am and is filed under Uncategorized. You can follow any responses to this entry through the RSS 2.0 feed. You can leave a response, or trackback from your own site.

3 Responses to The Play’s the Thing