Playing Ostrich About the Effects of Regulations 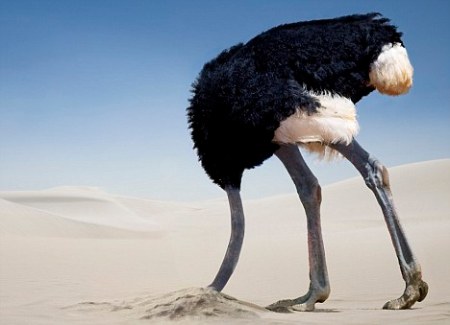 There’s plenty to quibble with in Mark Dynarski’s post at EdNext this morning, but his claims about over-regulation theory are downright odd:

Some commenters have concluded that the negative effects in Louisiana were the consequence of the program being ‘over-regulated.’ [6] But the conclusion that the Louisiana program was overregulated relies on unstated premises that private schools that agreed to participate were academically inferior to ones that did not agree but would have if the state did not impose requirements, or that regulation itself impairs academic achievement. Evidence of either is noticeably lacking in the argument.

Far from being an “unstated premise,” the notion that “private schools that agreed to participate were academically inferior to ones that did not agree but would have if the state did not impose requirements” is the explicit argument that I was making in the EdNext post to which he links.

Due to the LSP’s high regulatory burden, two-thirds of Louisiana private schools do not accept voucher students. In an American Enterprise Institute survey of private schools, 79 percent of Louisiana school leaders reported that concerns about program regulations played a deciding factor in their decision not to accept LSP students, including 64 percent who listed this as a major factor. In particular, 71 percent worried about the effect on their school’s admissions policies, including 45 percent who stated that this played a major role in their decision. In addition, 54 percent expressed concerns about administering the state test, including 34 percent who said it played a major role in their decision. Other areas of great concern included paperwork and the effect on the schools’ character or identity.

By contrast, the same survey found substantially lower levels of concerns about school choice regulations among school leaders in Indiana and Florida, where the regulatory burdens are considerably lower. While both states limit their vouchers and tax-credit scholarships to low-income students, they do not otherwise restrict admissions criteria, nor do they prevent schools from charging full tuition. Like Louisiana, Indiana requires schools to administer the state test to voucher students, whereas Florida allows schools to choose among many nationally norm-referenced tests.

Unsurprisingly, Florida has the highest level of private school participation among the three states (about two-thirds), followed by Indiana (about half), and Louisiana (one-third). Moreover, Florida schools are the most likely to plan to increase the number of choice students they enroll, while Louisiana schools are the most likely to decrease that number.

Second, there was “suggestive but not conclusive” evidence (as I wrote) that the private schools that did participate were lower performing than those that chose not to:

Indeed, Greene’s concern is borne out by the data. According to the NBER study, “LSP schools open in both 2000 and 2012 experienced an average enrollment loss of 13 percent over this time period, while other private schools grew 3 percent on average.” The authors note that this “indicat[es] that the LSP may attract private schools struggling to maintain enrollment,” and they conclude that these results “suggest caution in the design of voucher systems aimed at expanding school choice for disadvantaged students.”

And, indeed, the recent study by Wolf, DeAngelis, and Sude lends further evidence to the Over-regulation Theory:

Our results largely confirm our hypothesis that higher tuition levels and larger cohort enrollments, conditions normally associated with high quality schools, identify schools that are less likely to participate in voucher programs. We also find a consistent negative relationship between Great Schools Review score and the school participation decision, indicating lower quality schools have a higher tendency of participating in voucher programs in all three states, however the coefficients are not significantly different from zero. State fixed effects reveal private schools in D.C. and Louisiana, the two states that have higher regulatory burdens, are less likely to participate in voucher programs.

The evidence is still merely suggestive, not conclusive, but it’s the best evidence we have. Dynarski might not be persuaded by it, but he can’t ignore that it exists.

This entry was posted on Monday, July 17th, 2017 at 5:43 am and is filed under Uncategorized. You can follow any responses to this entry through the RSS 2.0 feed. You can leave a response, or trackback from your own site.

7 Responses to Playing Ostrich About the Effects of Regulations