See You at the Crossroads 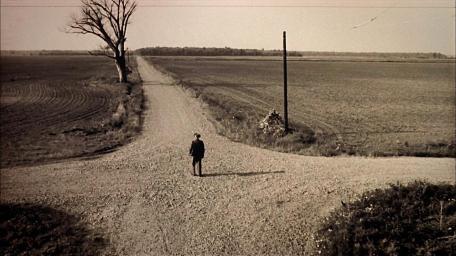 Tulane’s Doug Harris found himself at a crossroads in the Austin American Statesman earlier this week, writing:

The school-reform movement stands at a crossroads. One camp wants unfettered free markets, while charter school leaders and others want to offer families choice and preserve meaningful oversight and accountability.

We’re certainly at a crossroads, but road signs look very different from where I stand. I see one road that leads to parents empowered to choose education options that work for their children, with schools that are held directly accountable to those parents, and another road (perhaps it winds through New Orleans) that puts up regulatory barriers on school choice options and creates no genuine accountability to speak of.

Who Knows Best? Families vs. Bureaucrats

Harris argues in the Statesman that “free markets don’t make sense for schools” because “families expect schools to do a lot of things for their children — teach academic skills, social manners and good values — most of which families don’t have good information about.”

But is it true that families don’t have good information about these facets of schooling? Or, to put it differently, that the government is in a better position to evaluate and make decisions about these difficult-to-quantify outcomes?

Markets produce voluminous information about goods and services that answer the questions consumers are actually asking about a particular product. The oft-referenced ESA Yahoo message board that families in Arizona established after the introduction of the education savings account option in 2011 is a good example.

Current and potential Empowerment Scholarship Account families of Arizona meet here and share ideas and resources for how to best acquire, keep and utilize the funding they need for their child’s individual education.

This is an informal, unaffiliated parent information group where we hope to share ideas, questions and information with each other as we make exiting, individual educational decisions for our special needs, military, D/F school, foster/adoptive children and grandchildren.

Although we list the official ESA website and may share many resources here, we are an informal group of parents and grandparents and are unaffiliated with any formal government or private organization.

As Julie Trivitt and Patrick Wolf have identified in their work on school branding, Catholic schools created a ‘corporate brand’ that signals to parents engaged in the school selection process that their schools provide a religious education and academic quality. This type of branding provides informative shortcuts for parents as they work to choose a school that meets the needs of their child. And critically, when a brand fails to accurately reflect a school’s attributes or quality, inaccurate brands become “an instigator of programmatic attrition.”

Not only do parents have the most intimate perspective on the needs of their own children, but they also tend to be savvy consumers of education services and products, which is why parents leave a provider when brand promises are not met. Choice increases parental involvement, introduces parent-driven decision making, and produces consumer information that is far more detailed (and actionable) than accountability measures in place in a government-run K-12 education system.

By contrast, district schools provide answers to how students perform (the answer usually being, not too well), using blunt measures largely based on state and national tests, and do little if anything to hold those in charge accountable for underperformance. As Matt Ladner has demonstrated, although just three in 10 students in eighth grade in Texas public schools are proficient in reading, 92.5 percent of school districts received a “met standard” designation, with just 6.5 percent of districts receiving a “needs improvement” label. Who’s being held accountable there?

Yet in a market – say, a robust ESA market – consumers not only have more useful information available to make informed choices that meet the needs of their children, they can hold providers to account for not meeting promises. As Jason Bedrick has noted, “real accountability means being directly accountable to those who bear the consequences of your performance.”

Measuring Quality: But By Whose Measure?

Harris also goes on to question the wisdom of choice without the omnipotent hand of the government regulating accountability. “Even if free markets did work well,” he says, “it would be reasonable for policymakers to ask for some measurable results. It’s hard to think of another case where government writes checks to private organizations without checking whether taxpayers are getting anything for their money.”

First, ESA and other education choice funds do not go to “organizations.” Funds go to families, not schools. Schools certainly benefit, by only by way of parents taking their funds to schools that fulfill what they’re looking for. Likewise, food stamps are for the hungry, not grocery stores; Section 8 housing vouchers are for those who need shelter, and are not subsidies designed to prop up the apartment building industry.

Second, the government regularly writes checks to individuals for use at a variety of organizations without requiring either those individuals or organizations to meet certain government-imposed metrics. Grocery stores accepting food stamps aren’t held to higher standards than those than don’t, nor are food stamp recipients required to abide by any dietary guidelines or limited to a certain caloric intake. Contra Harris, this approach is the norm for nearly every entitlement and welfare program, including Social Security, SNAP, WIC, Section 8, and so on. As Jay has noted, the feds aren’t checking on grandma to see that she spent her social security money on vegetables or rent.

This is the norm in education policy as well. Pell grants to colleges require accreditation, but that is far from a measure of academic quality. Colleges that accept Pell grants are not required to administer national tests or any tests at all. Nor are they required to meet government-imposed benchmarks for graduation rates or any other quantifiable measures, let alone to harder-to-quantify ones like civic values or noncognitive skills.

Third, and more germane to the choice conversation, is Harris’s notion that government is needed to ensure accountability. Not only are government regulations in education a far inferior form of accountability than market driven mechanisms, but they can actually have the inverse effect of what was intended by regulation-hawks. And coming from Louisiana himself, where the high-regulation model is in place (requiring private schools accepting students on a voucher to take the state test and punishing “underperformers” by kicking schools that parents have chosen out of the options pool), Harris should acknowledge that the so-called accountability regulations have not lived up to their proponents’ promises and may have had the exact opposite effect of what was intended.

Heavy-handed regulations (a state testing mandate, among others) have discouraged the vast majority of private schools from participating, while likely encouraging lower performers (as indicated by student attrition from those schools prior to entering the voucher program) to join the LSP, willing to incur the regulations in order to secure a new funding stream.

Harris then goes on to argue that a free market in education wouldn’t be fair:

To reiterate the argument choice proponents have been making ad nauseam since 1955, this is exactly the system that is currently in place. Wealthier families can currently pay for private options that are higher quality or meet their needs better than their assigned public school, or can purchase a home in a district that reflects their education preferences.

One concern Harris voices that is a valid discussion to have is whether vouchers could create a price floor for tuition prices. This is another reason why ESAs have advantages over traditional modes of school choice. The ability of parents to roll over unused funds year-to-year and to direct dollars to multiple services and products and providers mitigates this issue to a large degree. But that’s hard to see if you refuse to acknowledge that ESAs are functionally different than vouchers.

At the Crossroads: Assessing the Evidence

Harris concludes his op-ed with one last argument about what the research supposedly says:

The research lines up with what basic economics predicts. Across many studies, students using vouchers end up with lower achievement levels than those in traditional public schools. The effects have been especially bad in states like Louisiana and Ohio, where voucher programs are most similar to Senate Bill 3.

Actually, the school choice literature shows an excellent track record, that the government regulatory approach should be envious of. There have been 15 gold-standard, random-assignment evaluations of private school choice programs. Ten of those found statistically significant increases in academic outcomes, three found no difference, and two were negative. Those two negative evaluations were both from Louisiana, and were likely due to the uniquely prescriptive regulatory environment in Harris’s Pelican State.

Harris is indeed right that the school reform movement stands at a crossroads: we can either overregulate choice in a way that limits participation and basically replicates the public system, or we can allow choice and innovation to flourish by trusting families. If we want something different, it’s time to take the road less traveled.

This entry was posted on Monday, March 13th, 2017 at 11:34 am and is filed under Uncategorized. You can follow any responses to this entry through the RSS 2.0 feed. You can leave a response, or trackback from your own site.

One Response to See You at the Crossroads