The 2016 presidential election is a reminder of just how horrible the world can be.  Like Ben Shapiro, who was a star reporter at Breitbart before their pro-Trump-putsch, I used to think that tales of right-wing anti-Semites, neo-Nazis, and other backwoods fascists were largely ghost stories the Democratic party told Jews to keep them from venturing out of the party’s tent.  I imagined that maybe 10% of the population adhered to these fringe beliefs on the right and perhaps another 10% believed in the left-wing version of Jew-hating conspiracy craziness.

Like Shapiro I now have to admit that I was wrong.  This election has brought the crazies out of the woodwork and it is clear they are not a tiny fringe.  America is not as moderate and sensible as I always believed.  We can see evidence of this not only from the huge spike in “alt-right” activity in social media, but also from the large number of voters supporting hateful nonsense in the primaries and in general election polls.

America has a real fascism problem. So, what are we supposed to do about this?  One essential weapon in the anti-fascist arsenal is humor.  Charlie Chaplin mocked Hitler in The Great Dictator. Stanley Kubrick ridiculed Soviet despots as weepy drunks in Dr. Strangelove.  Latin American dictators in the mold of Che Guevera and Fidel Castro were portrayed as silly madmen in Woody Allen’s Bananas and in Alan Arkin’s The In-Laws.

Part of the attraction of these dangerous despots to their crazed followers is the appearance of strength and stature.  And part of the attraction of fascist movements to the stupid and weak is the illusion that they may be part of something great and powerful.  Mocking fascists undermines this appeal by revealing how ridiculous they actually are.

This is why my nominee for the 2016 Al Copeland Humanitarian Award is Yair Rosenberg.  Rosenberg is a journalist who writes mostly for Tablet Magazine, but his work has also appeared in the Wall Street Journal, Atlantic Magazine and elsewhere.  But the forum in which Rosenberg excels in mocking anti-Semites, neo-Nazis, and other backwoods fascists is Twitter.  You might say that he is the Picasso of trolling the “alt-right” and Twitter is his canvass.

One of Rosenberg’s most common methods for mocking the alt-right is to take internet memes they have adopted to spread their views and modify those memes so that they advocate for the opposite.  For example, the alt-right has adopted “Pepe the Frog” as one of their symbols.  Rosenberg turns the meme on its head by putting a Mossad t-shirt on Pepe that declares “It’s Never an Accident.” 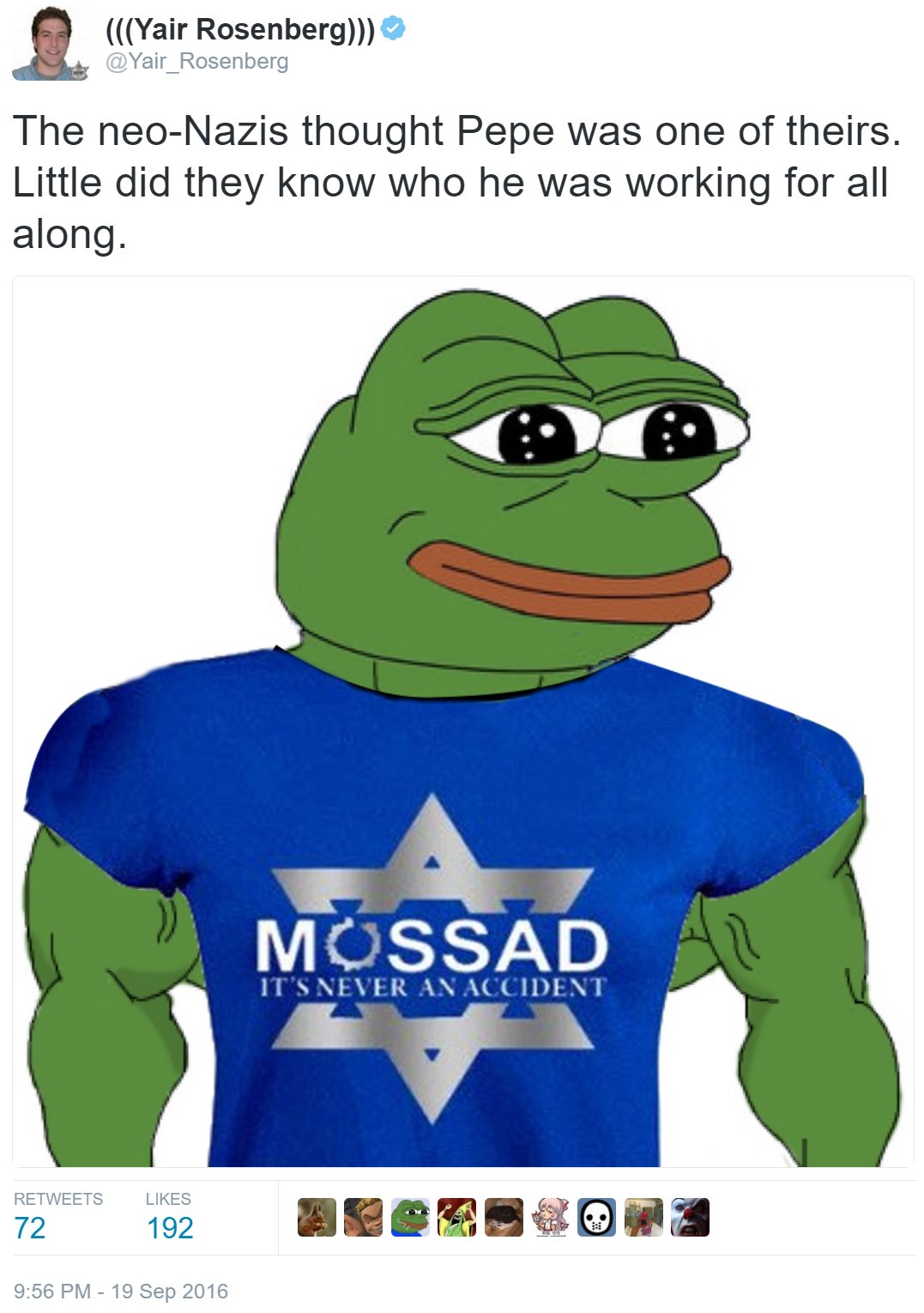 Similarly, the alt-right has adopted images of Taylor Swift (much to her horror) as their symbol of blond-haired, blue-eyed purity and have her saying horrible neo-Nazi statements.  Rosenberg modifies the meme, making Taylor a Zionist Jew: 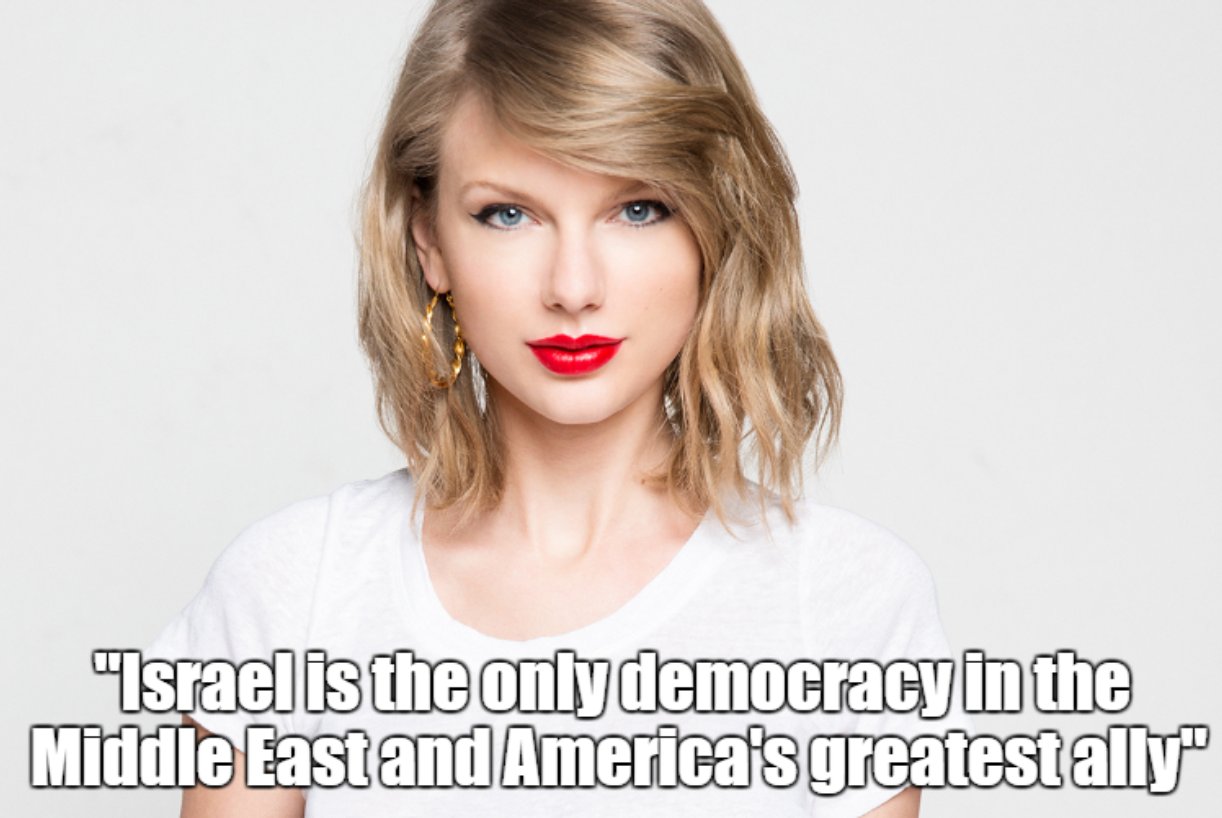 Another strategy Rosenberg has for mocking anti-Semites on Twitter is to treat their conspiracy theories seriously and suggest what the consequences might be if they were true.  For example:

I know there’s lots of disinformation out there about Jews, so I try to do my best to dispel people’s misconceptions

Oh no, I’ve said too much

Rosenberg is also fond of mocking anti-Semitic conspiracy-theorists by acting as if those conspiracies actually exist and producing images of Jews alarmed that the goyim (Yiddish for Gentiles) have discovered the plot.  For example, when world leaders are photographed  whispering in each others’ ears, some internet folks insert captions like “Hail Hydra.”  Rosenberg inserts “The goyim know.” 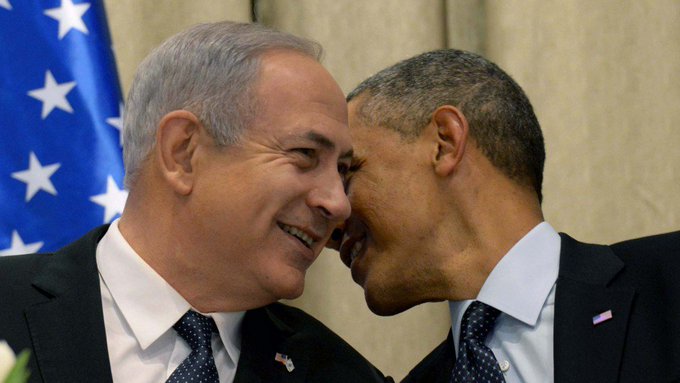 Or Rosenberg places “The goyim know” meme on stereotypical images of Jews. 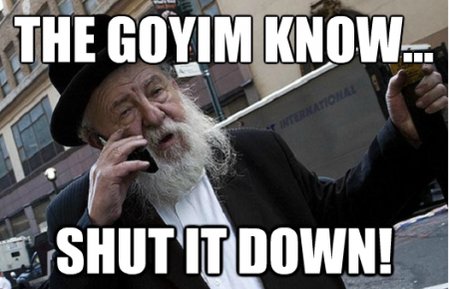 Rosenberg follows in the tradition of Fasi Zaka, the Pakastani DJ and TV celebrity who I previously nominated for “The Al” for mocking the Taliban for things like smelling bad and needing deodorant.  If fascists like the Taliban or the alt-right are doing a lot to worsen the human condition, people like Yair Rosenberg and Fasi Zaka are making important strides to reverse that damage by mocking these monsters.
Rosenberg’s efforts remind me of the old joke about two Jews sitting in the park reading newspapers.  One of them is reading an anti-Semitic rag and the other says to him: “How can you read that garbage?”  The one reading the anti-Semitic paper replies: “In your paper Jews are being persecuted and murdered.  In mine we are controlling the banks and media and running the world.  I like reading good news.”  Yair Rosenberg is giving us good news.

This entry was posted on Sunday, October 16th, 2016 at 9:49 am and is filed under Uncategorized. You can follow any responses to this entry through the RSS 2.0 feed. You can leave a response, or trackback from your own site.