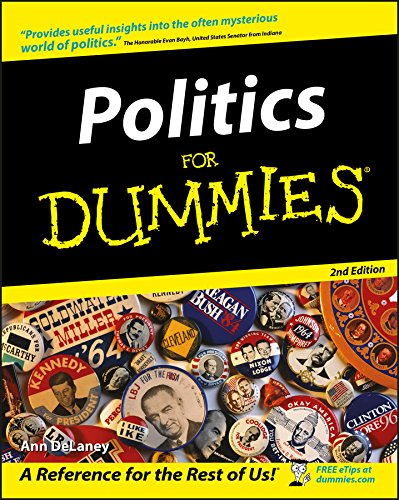 Despite the fact that they imagine themselves to be politically sophisticated, the leadership of the ed reform movement seems to be badly in need of some basic lessons in political science.  Political failures like Common Core, Portfolio Management in New Orleans, electoral defeats (like those recently in Tennessee), and repudiations of the entire ed reform agenda by Black Lives Matter, the NAACP, and the DNC despite extensive courting by left-leaning ed reformers suggest that ed reform might benefit from learning a thing or two about how politics works.

Lesson #1 — Concentrated interests have an advantage over dispersed interests

This is one of the most well-established and older insights from political science articulated most clearly in James Q. Wilson’s book, Political Organizations.  In education, the unions and others who benefit from the status quo system are concentrated interests.  They know how proposed changes would help or hurt them and they can easily be mobilized to donate, agitate, and vote to protect their concentrated interests.  Parents and taxpayers may be more numerous, but they are dispersed.  Each proposed change is likely to help or hurt them less than employees of the school system and parents/taxpayers (unlike school employees) do not all work in the same place and regularly share information.  This makes parents/taxpayers more dispersed and much harder to organize politically.

The political implications are that reformers will rarely be able to defeat the unions in a direct political assault nor can reformers expect to maintain control over boards or other centers of power over the education system.  Even with large campaign war-chests, as reformers had in the recent Tennessee elections, the unions and their allies will tend to prevail because they have a larger number of concentrated beneficiaries who campaign and vote.  Even with an army of DC organizations endorsing Common Core, the unions and their allies have more boots on the ground in each state to neuter or repeal standards-based reforms. Even with the financing and support of major reform foundations, the unions and their allies could hijack Portfolio Management in New Orleans, returning control to the local school board whose elections they dominate.  All of these failures could have been avoided if reformers understood this first lesson.

Second, reformers need to generate their own concentrated interest groups that have a better chance of competing politically with the unions.  The best way to do that is to expand choice so that the beneficiaries of those programs have an interest in protecting those programs.  And families at a choice school are more concentrated physically so that they can be better informed and organized for political action.  The way to fight the organized interests of traditional school employees is by creating organized interests of choice parents.

Whatever merits these policies may have (and their merits are dubious), they are all political losers.  Eventually all of these policies will be blocked, diluted, or co-opted by concentrated interests. But the great political virtue of school choice is that it generates its own constituents who can then be mobilized to protect and expand choice.  Once parents have expanded choices it is extremely difficult to take that away politically and it rarely happens. The same cannot be said for top-down accountability and regulation reforms.

As much as reformers may be motivated to promote equity, a basic lesson about political reality is that more advantaged people tend to have more political power.  Rather than lament this fact, reformers should try to use it to advance their goals.  The old political adage that programs for the poor tend to be poor programs is all too true.  Reformers have made horrible political mistakes in concentrating programs in disadvantaged areas, means-testing participants, and focusing on options that are mostly of interest to lower income families.  Not only do these program tend to be less-well funded, overly regulated, and generally of lower quality, but they are always highly vulnerable to being weakened further or eliminated.

To increase the odds of having better quality programs that are more generously funded and more reasonably regulated, reformers should be sure to include higher income families as potential beneficiaries.  And those wealthier families are more likely to be mobilized politically to protect and expand programs.  If reformers should seek to organize concentrated interests of beneficiaries, it would really help if they did not exclude higher income families that tend to have better resources, networks, and experience to participate more effectively in politics.

Lesson #3 — Winning requires 51% of the legislature

Most significant education reforms have been championed by Republican governors and state legislators with relatively little support from the other side of the aisle.  Reformers have invested an enormous amount of time, rhetoric, and money in trying to convince more Democrats to support meaningful reform, but these efforts have made few in-roads.  Reforms continue to be passed largely by Republican governors and legislators.

The problem is that elected Democrats continue to rely heavily on the concentrated interests of the unions and their allies for political support.  Reformers can’t peel away Democratic officials with targeted campaign donations because the unions and their allies can match or exceed those donations.  In addition, the unions can bring an army of campaign volunteers and voters to each election in a way that reformers generally cannot, especially in Democratic districts.  In addition, reform arguments about equity or social justice cannot shame Democrats into supporting their cause.  The unions have their own arguments about equity and social justice that, regardless of their merits, provide a sufficient fig-leaf to Democratic office-seekers.

Rather than chasing Democrats who mostly cannot be won over, reformers should remember that it only takes 51% of the legislature to win.  In states with Republican control of the legislature and/or governor’s mansion (which is currently most states), reformers can make policy entirely or largely with the support of Republicans.  Reformers should craft policies and adopt rhetoric that appeal to the Republicans they need to reach 51%.  Increasingly hyperbolic rhetoric about equity and social justice not only fails to win over Democrats, but it turns away some Republican reformers.  When Republicans are already the majority, reformers should concentrate on keeping all of them on board rather than chasing Democrats they don’t need or can’t get.

This may seem too obvious to need articulating, but in an age where we ship $400 million in cash to the Iranians, this lesson apparently requires emphasis.  Certain groups are allied with the unions and their friends, so reformers shouldn’t provide them with money, a platform for advocating their ideas, or political rhetoric to support them.

In a fit of political naivete, the Gates Foundation actually gave money to the teacher unions in the belief that they could secure support from the unions for Common Core.  The unions happily took the money, made empty promises about support, and promptly betrayed Common Core as soon as it was convenient.  The New School Venture Fund gave a platform to Black Lives Matter at its national conference only a few months before that organization repudiated charter schools and the rest of the traditional reform agenda.

The political strategy adopted by Uber provides a useful model for ed reformers.  Uber understood that taxi companies were concentrated interests in each market and therefore better positioned to block regulatory changes that would allow Uber to operate more freely.  Rather than attempting a futile direct political assault, Uber focused on creating beneficiaries of its services who could then be organized politically to fight against the taxi companies.  And while low income people are among the greatest beneficiaries from Uber’s services, Uber was determined not to exclude higher income people from its services.  They understood that once wealthier urbanites experienced Uber, they could be mobilized more easily and effectively to fight for it.  The poor benefit by having the rich fight for policy changes that benefit the rich and poor alike.

Uber does not chase the support of politicians who are determined to oppose them.  And Uber does not give money to taxi companies in the false hope that they will come around to seeing the virtues of greater competition with Uber.  In short, Uber seems to understand these 4 basic lessons of political science in a way that reformers have not.

If reformers adopted a political strategy more akin to what Uber is doing, they would enjoy far greater success.  Reformers should avoid building centralized systems of control that the unions will eventually dominate.  Reformers should focus on policies that generate their own constituents, like expanding school choice, rather than policies that only technocrats could love.  And  reformers should be sure that higher income families are among the beneficiaries of those choice programs so that their greater political power could be mobilized to more effectively fight to protect and expand programs.  Reformers should also craft policies and adopt rhetoric that appeal more to the legislators they are likely to get to reach 51%.  And it should go without saying that reformers should avoid providing support to groups that are are fundamentally opposed to the reform agenda.

This entry was posted on Monday, August 8th, 2016 at 7:35 am and is filed under Uncategorized. You can follow any responses to this entry through the RSS 2.0 feed. You can leave a response, or trackback from your own site.