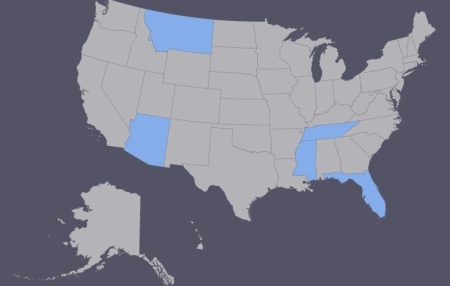 Despite striking first in passing an account based choice program in Arizona and being joined by legislators in Montana, the East took the lead over the West 3 programs to 2 today as Tennessee lawmakers passed an new special needs ESA. Assuming an expected signature in Tennessee, East will lead West either 3-1 or 3-2 depending upon the decision of the Montana governor. Arizona was seen arguing bitterly with the referee that expanding the same program several times should count, but to no avail. Disgruntled West partisans have pinned their hopes for a 4th quarter comeback on Nevada and Missouri.

Congratulations to Tennessee’s sponsors and legislators and especially to the Beacon Center and a great collaborative effort of state based and national allies. This BOOOOOOOOOOOM is for you!

Who’s brave enough to guess the next state to pass an ESA measure?

Also I’ve lost count on the annual Greg vs. Mathews slaughter-fest on private choice enactments, but two enactments from AZ, one from Nevada thus far, one from Mississippi, one from Arkansas and now one from Tennessee. What am I forgetting? If that is all of them Greg is sitting pretty at six.

This entry was posted on Wednesday, April 22nd, 2015 at 3:49 pm and is filed under Education Savings Accounts. You can follow any responses to this entry through the RSS 2.0 feed. You can leave a response, or trackback from your own site.