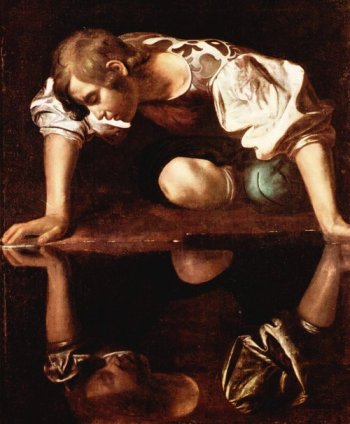 The Edu-Pundit Industry loves faux-business-like measures of their effectiveness, so here’s one for you — the Return on Tweets.

In my first “Narcissus” post about Twitter I suggested that Twitter encourages some people to talk much more than people actually want to listen.  So I developed my first faux measure of the ratio of Tweets to Followers to capture that.

In my second “Narcissus” post I suggested that there is perhaps an unhealthy compulsive nature to high-frequency Tweeting.  So I developed another faux measure of the number of minutes on average during people’s waking lives between each tweet.  I identified “The Lost Threshold” to highlight folks who Tweet more often, on average, than once every 108 minutes of their waking lives.  As with the characters in Lost who believe they must enter The Numbers into a computer every 108 minutes, it is ambiguous whether they are engaged in an incredibly important activity (like saving the world) that is worthy of this compulsive behavior or maybe suffering from a manic delusion.

In this third post I calculate how many tweets people have sent between April 2, 2013 and March 27, 2014 as well as the change in “Followers” each person has experienced during that period.  Dividing the number of new tweets by the change in followers, I get the Return on Tweets.  If tweeting is influencing the world, rather than just enjoying listening to oneself talk, then more people should be attracted to listen, or follow, as people talk, or tweet.  People who have to issue more tweets for each new follower have a lower Return on Tweets.

I’m constrained to use the same list of people as I used in my initial post because they are the only ones for whom I have historical information on the number of tweets and followers.  The list for the initial post was identified from Mike Petrilli’s ranking of the most influential education policy Tweeters.  In addition, recent tweet and follower counts have sometimes become less precise when they are large numbers because Twitter has rounded that information to the closest hundred or thousand.  But this is good enough for a faux measure in a dumb blog post about a dumb activity.

On the other end of the spectrum are some folks with a very low Return on Tweets.  They send many tweets for each new follower. Sherman Dorn issues almost 17 tweets for each new follower; Morgan Polikoff almost 13; RiShawn Biddle almost 11; Sara Goldrick-Rab more than 9; and Neal McClusky more than 7.  I actually enjoy “following” many of these folks, but that may be an acquired taste.

It is no accident that “powerful people” with money to dispense or popular programs to trumpet show better Returns on Tweets than do scholars.  Maybe Twitter just isn’t the right place for scholarly exchange.  It’s fine for telling a joke, sharing a link, or following breaking news, but as a place for serious policy discussion Twitter seems to have a very low return on investment.

This entry was posted on Friday, March 28th, 2014 at 8:58 am and is filed under Uncategorized. You can follow any responses to this entry through the RSS 2.0 feed. You can leave a response, or trackback from your own site.

11 Responses to Return On Narcissus