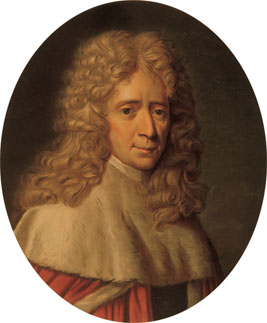 As of last month, it is illegal in the state of Wisconsin to go out to your own barn, milk your own cows, and then drink the milk.

Yes, you read that right. The case arises out of the ongoing controversy here in Wisconsin over unpasteurized or “raw” milk. Some people prefer to drink milk unpasteurized for various reasons – for some it’s a taste preference, for others it’s an “organic health” thing, for others it’s just a longstanding tradition of farm life. Personally, I’ve never tried it and don’t care to, but if it comes down to a choice between the foodies, hippies and agrarians on the one hand, and the Heath and Safety Narcs who want unlimited political control of all aspects of human life on the other – well, sign me up with the hippies. (Yes, Matt, you can link back to this post any time you want.)

Last year, when the tumultuous governorship of Scott Walker was still just a twinkle in the electorate’s eyes, we had a huge nuclear war up here over raw milk. I mean, this was the big controversy of the year last year here in dairy country. (Which is why you don’t normally read about what’s going on in state politics in other states. Back when I lived in Indiana, one year the biggest controversy of the year was over switching the state to daylight savings time. No kidding, it was Ragnarok down there.)

Last year they left it that you’re not allowed to sell raw milk. But the raw milk crowd inexplicably failed to submit to the Dictatorship of Health and Safety, and found numerous ways of continuing to exchange raw milk for economic goods. In some cases, you could come do an hour of farm work and get paid in raw milk. In others, farmers would leave raw milk and a locked box with a slot in the top out in the barn; periodically they’d check and find out that all the raw milk had been stolen, and in a totally unrelated development, people had left money in the box. (Perhaps they’d read Matt’s post about this fellow.)

So now, apparently, between one thing and another, we have a judge ruling that consumption of raw milk is illegal.

Worse, the judge has apparently percieved clearly that this opinion implies you have no right to own anything,  and feels perfectly comfortable about it. That this policy, if it were consistently upheld (we will see what happens next) does not merely lead us toward, but directly establishes, unlimited political control over all aspects of human life is apparently no barrier.

In response, I nominate Charles-Louis de Secondat, baron de La Brède et de Montesquieu, for the Al Copeland Humanitarian of the Year Award. Montesquieu’s systematic collection of observations about modern government, The Spirit of the Laws, was the fruit of decades spent travelling and studying and was tremendously influential on the American Founders. If memory serves, Montesquieu is quoted more than any other source in the Federalist Papers. In fact, so authoritative was Montesquieu over the early Americans that papers 9 and 10 were composed to answer charges from the Anti-Federalists that the Constitution deviated unacceptably from Montesquieu’s views.

Many crucial innovations in what Hamilton called “the science of politics” emerged in the modern era, were systematically observed by Montesquieu, and then perfected by the Founders under Montesquieu’s influence. Representative democracy and greater rights for the accused in criminal trials were among them. Perhaps the most important was the separation of powers, an idea as old as Aristotle but one that didn’t reach maturity until the Glorious Revolution in 1688 and the U.S. Constitution a century later.

As a critical component of the emergence of this system, Montesquieu insisted that a republic cannot maintain its freedom unless judges restrain their influence as tightly as possible. The application of personal wisdom by individuals in authority, rather than clear and stable standards of public law, as a standard for settling disputes is the jurisprudential principle of monarchy. In the context of monarchy (which has other methods of restraining the willfulness of the rulers) it can be exercised in humane ways. It becomes tyrannical when exercised in a republic, where the traditional social restraints on power that prevail in monarchies have been removed, and the willingness of the rulers to rule by the law rather than their own wisdom is the only barrier to unlimited arbitrary exercise of power.

As Franklin famously observed, the Founders gave us a republic if we can keep it. It was Montesquieu who taught them how to create that republic, and if we have enjoyed the last two centuries of republican government we should be grateful to him.

This entry was posted on Wednesday, October 5th, 2011 at 9:07 am and is filed under Al Copeland Humanitarian Award. You can follow any responses to this entry through the RSS 2.0 feed. You can leave a response, or trackback from your own site.

9 Responses to Nominated for the Al Copeland Award: Charles Montesquieu