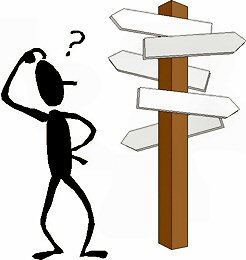 I greatly admire both Jeb Bush and Joel Klein, so I have mixed feelings saying that I’m confused about their op-ed this morning.

Quite the contrary, the article emphasizes the case against common standards. As in:

And, while education is a national priority, the answer here does not appear to be a new federal program mandating national standards. States have historically had the primary responsibility for public education, and they should continue to take the lead.

So that would be an argument against common standards.

It is the states’ responsibility to foster an education system that leads to rising student achievement. State leaders, educators, teachers and parents are empowered to ensure every student has access to the best curriculum and learning environment. Governors and lawmakers across the country are acting to adopt bold education reform policies. This is the beauty of our federal system. It provides 50 testing sites for reform and innovation.

Bush and Klein depict the Common Core standards and the two testing consortia as products of state, not federal, initiative. As regular readers of JPGB know, there’s another reality behind that superficial appearance. If Common Core and the testing consortia are really state-driven, why has the federal government spent more than a year pushing states into them, openly and explicitly threatening loss of Title I funds to states that fail to kowtow? Why are the consortia federally funded (and therefore federally controlled)? Is it even possible for these efforts to be genuinely state-driven when the federal behemoth is openly using its funding club to threaten everyone to get on board? Bush and Klein fail to mention these issues.

However, let’s leave all that to one side. Let’s pretend – even though we know it’s false – that these efforts are really state driven. Why is it valuable for states to do these things together in a single group? If states should lead the way, if what we want is a decentralized 50-state laboratory of democracy, why not actually do that instead of rounding up all the states to all do it one way?

Bush and Klein argue that standards are being set nationally (in “common”) but pedagogy isn’t. Once again, let’s leave aside the reality that you can’t have national (common) standards while preserving freedom and diversity of pedagogy. Let’s pretend you can set national standards and then let a thousand flowers bloom on pedagogy. Why do it? Why is it valuable to set a single national (common) standard? The article’s title promises an answer to that question, but the article doesn’t deliver.

If, as Bush and Klein argue, most states have woefully inadequate standards, isn’t it likely that the central bureaucracy you’re creating will gravitate to mediocrity rather than excellence? And isn’t that just what Common Core represents, given that its standards for what count as “college ready” are actually set below what you need to even apply to, much less succeed at, most colleges?

So color me confused.

This entry was posted on Friday, June 24th, 2011 at 8:48 am and is filed under instructional reform. You can follow any responses to this entry through the RSS 2.0 feed. You can leave a response, or trackback from your own site.

13 Responses to Confusion over National Standards