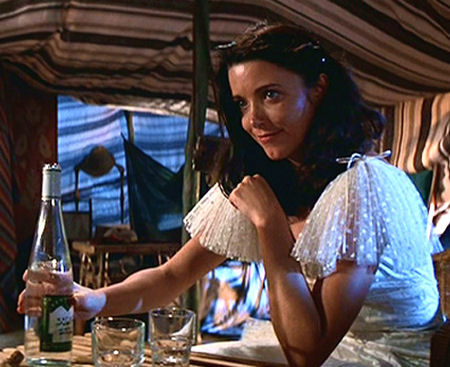 Fordham hasn’t even released its new report explaining why all sensible people favor the creation of an unstoppable national juggernaut to safeguard the decentralization of America’s federal system of government, and we already have to drink up.

Speaking for the anti-“tight” right, Greene argues that “dictating the ends with a national set of standards, curriculum, and assessments will necessarily dictate much of the means.” (And, to be fair, he did so in a witty and amusing blog post, in which he proposed a “drinking game” for readers of Fordham’s forthcoming ESEA proposal, due out next week.)

But it’s unclear why he finds the concept of “tight-loose” so preposterous. Consider this: Here are the most likely potential mandates that Congress might attach to federal Title I funding in the next ESEA:

The way Greene argues it, Congress has to either choose “none of the above” or “all of the above.” But of course it doesn’t. We at Fordham would select items one through four off this a la carte menu, and leave the rest for states to decide. That, to us, would be “tight-loose” in action.

Does Jay believe none of these should be required? And if so, isn’t he arguing for federal taxpayers to just leave the money on the stump? Why not make the principled conservative case and say that Title I and other federal funding streams should simply be eliminated?

Let’s quit with all the over-the-top rhetoric. Give the list of eight mandates above a good look. Congress is likely to move ahead with the first few and will definitely reject the last few; the real debate is about the ones in the middle. In other words, we’ll be arguing over the precise definition of “tight-loose,” regardless of what the anti-“tight” right or the anti-“loose” left have to say about it.

I’m not Jay, but I think the answer to all this is obvious:

This entry was posted on Friday, April 15th, 2011 at 9:12 am and is filed under instructional reform, politics. You can follow any responses to this entry through the RSS 2.0 feed. You can leave a response, or trackback from your own site.