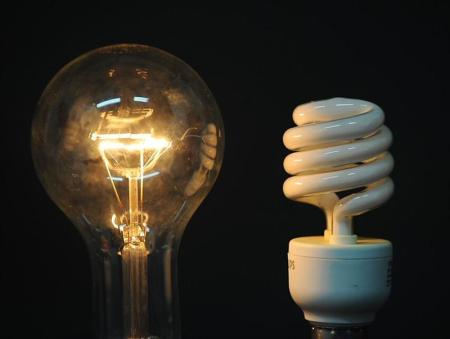 I have an update to Matt’s oustanding nomination of Herbert Dow for this year’s Al Copeland Humanitarian of the Year Award. Dow, you will recall, is nominated for having used entrepreneurial ingenuity to circumvent corrupt political restrictions on his ability to serve his fellow human beings and improve the human condition.

Now comes this word from Reuters:

Siegfried Rotthaeuser and his brother-in-law have come up with a legal way of importing and distributing 75 and 100 watt light bulbs — by producing them in China, importing them as “small heating devices” and selling them as “heatballs.”

To improve energy efficiency, the EU has banned the sale of bulbs of over 60 watts — to the annoyance of the mechanical engineer from the western city of Essen.

Rotthaeuser studied EU legislation and realized that because the inefficient old bulbs produce more warmth than light — he calculated heat makes up 95 percent of their output, and light just 5 percent — they could be sold legally as heaters.

On their website (heatball.de/), the two engineers describe the heatballs as “action art” and as “resistance against legislation which is implemented without recourse to democratic and parliamentary processes.”

Yeah, I’ll bet they did.

And here’s some food for thought for all you green-green lima beans out there:

Rotthaeuser has pledged to donate 30 cents of every heatball sold to saving the rainforest, which the 49-year-old sees as a better way of protecting the environment than investing in energy-saving lamps, which contain toxic mercury.

The spirit of Herbert Dow lives on!

This entry was posted on Thursday, October 21st, 2010 at 7:18 am and is filed under Al Copeland Humanitarian Award. You can follow any responses to this entry through the RSS 2.0 feed. You can leave a response, or trackback from your own site.