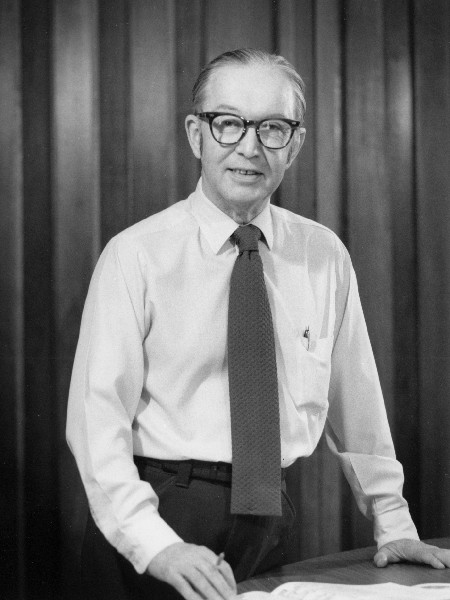 In our ongoing process of gathering nominees for the Al Copeland Humanitarian of the Year award, last week Jay nominated Fasi Zaka on grounds that ridicule of dictators (actual or aspiring) is an important part of mankind’s struggle for freedom.

Well, another important part of the struggle is serious condemnation. We must indeed laugh at dictators, because you can’t effectively undermine their support without including that element. But we must also sometimes sober up and be serious about the threat they pose.

For that reason, I am announcing that William Higinbotham, inventor of the videogame, will not be nominated for Al Copeland Humanitarian of the Year.

First, let’s dive head-first into the deeply divisive historical controversy over the invention of the videogame. (And you thought we were brave to take on the issues surrounding Christopher Columbus!) 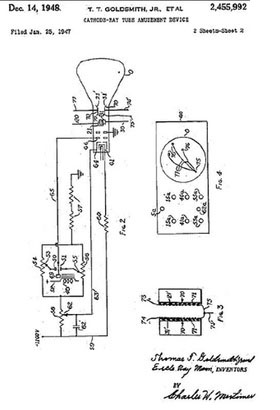 The first known electronic device created for gameplay was the Cathode Ray Tube Amusement Device (US Patent 2,455,992 granted February 1948) created by Thomas T. Goldsmith Jr. and Estle Ray Mann. The user twists a knob to guide a moving dot toward a target. But as it uses a non-representational display (rather than the graphical represntations implied by the term “video”) and is more a novelty skill test along the lines of a carnival “game” than a traditional “game” per se, it does not quite fit the meaning of the term “videogame.”

In March 1950 Claude Shannon published a program for a chess-playing game – but again without graphical representation. 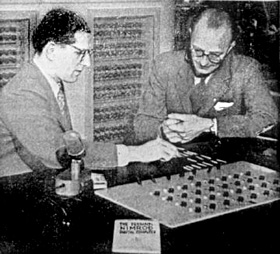 Next we get the NIM (aka “Nimrod”) computer, created by Ferranti International and presented at the Festival of Britain in 1951. It used a series of lights and buttons to play an ancient Chinese numerical game in which players manipulate “heaps” containing different numbers of objects; the player who takes the last object out of the last heap is the loser. Once again, without graphical representations we don’t yet have the “videogame.” 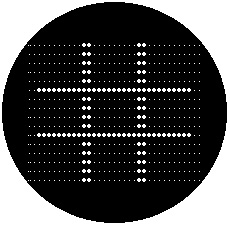 Alexander Douglas’s tic-tac-toe program in 1952, designed as part of a Ph.D. thesis on questions of user interface design, almost gets us there. But while the display of Xes and Os on a board is a step toward graphical representation, it’s not strictly there yet – the Xes aren’t crude representations of some kind of X-shaped object, but symbols – not essentially different from the symbols chess players use to express their moves in letters and numbers. I’ll grant that the visual positioning of the symbols is an important step. But it’s not really a “video” game until you have graphical representation.

Enter, stage left, the genius of William Higinbotham. In 1958, he worked at the Brookhaven National Laboratories and often had to entertain guests waiting to take tours of the labs. To keep them occupied, he designed a tennis game (christened “Tennis for Two”) on one of the lab’s oscilloscopes.

Oscillosopes are all computer programs now, but my father used to have one of the old stand-alone units with the tiny little screen that showed waves going by. When I was a little kid he let me play with it – you could change the shape of the waves by turning the dials. I was endlessly fascinated by this. Here’s what a standard oscilloscope used to look like: 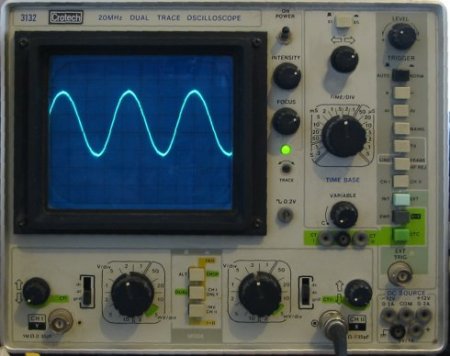 And here’s what William Higinbotham got it to do: 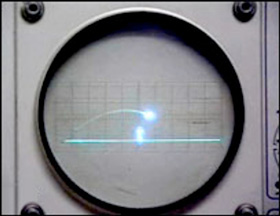 You turned a knob to change the angle of your shot and pressed a button to hit the ball – and entertainment was revolutionized forever.

The modern videogame evolved into its final form with breathtaking rapidity – by 1961, MIT’s Stephen Russell led a team that created a game called “Spacewar!” The Magnavox Odessey, the first home video game system, was a functioning prototype by 1967 (dubbed “The Brown Box”) and on sale in stores in 1972. Everything after that is just the same thing better and faster.

So why would this achievement not be worthy of the Al Copeland Humanitarian of the Year award?

Because we have standards, that’s why – and William Higinbotham doesn’t meet them.

Take it away, Wikipedia:

He helped found the nuclear nonproliferation group, Federation of American Scientists, and served as its first chairman and executive secretary. . . . He is said to have expressed regret that he would more likely be famous for his invention of a game than for his work on nuclear non-proliferation. When after his death, requests for information on his game increased, his son William B. Higinbotham wrote, “It is imperative that you include information on his nuclear nonproliferation work. That was what he wanted to be remembered for.” [Emphasis added]

We shall not tarnish the sterling silver of Al Copeland’s reputation by associating it with such filth. Copeland may have offended the delicate sensibilities of many with his penchant for fast cars and boats. He may have annoyed his neighbors to the point of filing lawsuits with his extraordinary Christmas decorations. He may have failed in some busienss ventures. More seriously, he may have had a turbulent family life.

But say this for Al Copeland – he never thought nuclear non-proliferation was more important than videogames.

That’s a stick in the eye to everything the Al Copeland award stands for. And that is why William Higinbotham will never have the honor of being nominated for Al Copeland Humanitarian of the Year.

This entry was posted on Monday, October 19th, 2009 at 10:27 am and is filed under Al Copeland Humanitarian Award. You can follow any responses to this entry through the RSS 2.0 feed. You can leave a response, or trackback from your own site.

4 Responses to William Higinbotham – NOT Nominated for Al Copeland Humanitarian