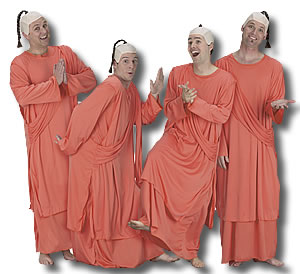 Over at the Education Next Blog, my second blogging home, Peter Meyer has an excellent post about what school board democracy really looks like.

He describes how a gadfly like him could only manage to slip onto the board through a “stealth” campaign.  Normally boards are dominated by those backed by current school district employees or other status quo forces.  Those with the greatest vested interest in the status quo are the most motivated to turn-out during the intentionally inaccessible school board elections scheduled on off-election days.  But the low turn-out also allows a stealth candidate like Peter to get elected every now and then.  Don’t worry, now that he’s no longer stealth it’s very likely that a well-funded and organized challenger will unseat him next time around.

Peter then describes how the school board repeatedly blocked his efforts to open up school district decisions to greater scrutiny and public discussion:

And, after being sworn in, they went out of their way to keep me in the dark.  If the superintendent recommended hiring a new teacher and I asked to see the candidate’s resume, a motion was quickly made that school board did not want to see said resume.  It passed, 6 to 1.  When a special board meeting was called to approve $25 million in construction contracts, I asked to see the contracts.  “I make a motion that the board does not look at the contracts,” said one of my colleagues. “I second that, said another.”  Another defeat, 6 to 1…. My orientation consisted of the board president and superintendent sitting me down and saying, “You’re not getting anything.”

Oddly, Peter’s faith in school board democracy remains unshaken: “There is much debate in policy chambers and think tanks across the country about the value of school boards.  I am here to say we need them. And we need more of them.  They remain a kind of last hope for democracy, where a rogue can actually be elevated to position of authority, bringing a flashlight –- and, sometimes, a pulpit — to the process.”

I emphasize “faith” because it is hard to understand Peter’s commitment to the value of school boards given his experiences without attributing to him a religious-like devotion to it.  In the comments section of his post I objected that his examples support the position that school boards are a dead-end for reformers.  Rather than rely on the phony democracy of low turnout and insider controlled school boards, reformers should rely on markets.  Yes, we need democracy to set the rules for the markets, but that can be done by state legislatures.  We don’t need democratically elected boards to run schools.  Charter schools, for example, do just fine operating in markets without democratically elected boards to run them.

Until we shake this cult-like devotion to public schools, expect more education pundits dancing through the airport singing their hare krishna song about the democratic virtues of public schools.

CLARIFICATION — I din’t mean to suggest that Peter is one of those cult members who worship at the true church of the public school.  I was just suggesting that these ideas pervade our thinking so that even very sharp reformers like Peter are dragged into praising school board democracy.

This entry was posted on Wednesday, September 2nd, 2009 at 6:46 am and is filed under politics. You can follow any responses to this entry through the RSS 2.0 feed. You can leave a response, or trackback from your own site.

5 Responses to School Board Democracy