Caught in a Trap… 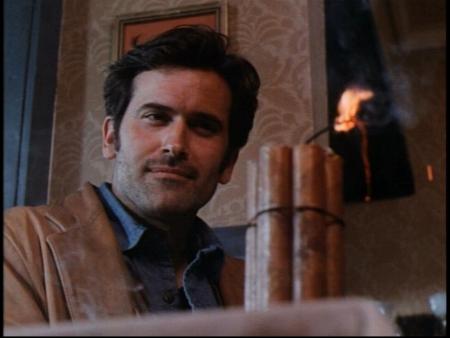 Fox’s tragically under appreciated early 1990s western comedy The Adventures of Briscoe County Jr. had an episode where the heroes teamed up with a sheriff to pursue a group of bad guys into a local mine. The bad guys gave the good guys the slip, and then closed entrance to the mine with dynamite. The sheriff, who just happened to look and dress like a circa 1972 version of Elvis Presley declared in a Tupelo drawl:

Arizona’s legislators today find themselves caught in a trap that they won’t easily be able to extricate themselves from as well. Former Governor Napolitano drove the legislature to make a series of truly reckless budgets, driving state spending up at a rate far faster than state income growth. As real estate bubble revenue came pouring in, Arizona lawmakers made long term spending commitments with short term revenue sources.

The trap? Republicans now have the governor’s office and legislative majorities. Napolitano joined the Obama administration. Republicans are now in a position of either rolling this spending back to match revenues, or increasing taxes to preserve Janet Napolitano’s reckless legacy of expanding government. The beauty of the trap for Napolitano: she can watch the Republicans step on these bear traps from the safe distance of Washington DC.

These use of the plural in describing traps is deliberate. The Republicans have already enraged the state spending lobbies by fixing the badly imbalanced budget Governor Napolitano passed last year. The question is, having stepped on that trap, will they panic and stumble onto the next trap, which would be to raise taxes. This would incur the wrath of those of us who prefer low taxes and a smaller government.

In short, there are no easy options here, but some options are even worse than others. In fiscal year 2004, the Arizona general fund spent $6.5 billion. In 2007, that went up to $10.2 billion. The party was fun while it lasted, but our revenues are on a collision course with 2004, our spending needs to be as well. Napolitano’s mastery of Arizona’s Republicans will be complete if she forces the them to raise taxes in order preserve her vision of progress through bigger government from thousands of miles away. The whipped up hordes of the spending lobbies will not give them any credit, and principled small government conservatives and libertarians will be outraged as well.

This entry was posted on Friday, February 27th, 2009 at 5:24 am and is filed under politics. You can follow any responses to this entry through the RSS 2.0 feed. You can leave a response, or trackback from your own site.

One Response to Caught in a Trap…