Pass the Popcorn: In Praise of Sequels . . . But Not These Sequels!

Sequels are a good thing. Why does everybody complain about them?

Do they represent a new trend, one whose influence might be negative? No, they’ve been around since the medium of film began. If you’re going to assert that sequels have ruined the movies, what’s your control group?

Are sequels on average lower in quality than non-sequels? It seems unlikely. Sure, most sequels are bad. So are most other movies. That’s just the way it is.

And that’s the starting point, I think, for why people get this bee in their bonnets about sequels. The one thing sequels have in common is that they all follow upon, and thus invite comparisons to, a successful movie – the one that started the franchise. Since the first movie in the series is always one that a lot of people thought was good, and most movies are bad, statistically it will always be unusual for a sequel to live up to the standard set by the original. And since that’s the metric we judge them by, we dislike them.

But sequels do for movies what brands do for other consumer products: they convey information about the content of the product, thus helping consumers make a more informed choice.

It’s true that the imperatives of the movie business create much stronger incentives for filmmakers to “dilute the brand” than are present for other consumer goods. Thus, the extremely strong trend for movies to get worse as a franchise ages. In some of the older francises, you can actually trace the life cycle from awesome to mediocre to brain-numbingly stupid to the franchise reboot that brings you back to awesome. (Cue Elton John: “It’s the ciiiiiiiiiiiiiircle of liiiiiiiiiife . . .”) Occasionally you get a fallow period between the end of one cycle and the start of the next, where the filmmakers have realized something is wrong, so the quality gets somewhat better again, but they’re still trying to figure out how to get back to where they should be. And, of course, sometimes there’s a failed reboot.

By my count, James Bond has had six reboots since its debut. I include Goldfinger as a reboot because the previous two movies just don’t have the winning Bond formula down yet (in contrast to the books, where the Bond formula was actually in place from the very start). And Dr. No is in the “awesomeness” category solely because it was first – I dare you to sit all the way through it now. Few movies have aged worse.

And if that doesn’t get a comment thread going, nothing will.

But, having praised the phenomenon of sequels in general, let me balance the scales by making fun of some upcoming sequels that the world really, really does not need: 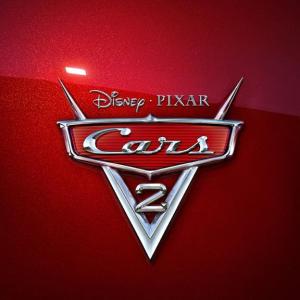 Huh? Of all the movies Pixar could be making a sequel to, they’re going with this?

“All the world’s a racetrack as racing superstar Lightning McQueen zooms back into action, with his best friend Mater in tow, to take on the globe’s fastest and finest in this thrilling high-octane new installment of the ‘Cars’ saga. Mater and McQueen will need their passports as they find themselves in a new world of intrigue, thrills and fast-paced comedic escapades around the globe.”

Do you like that? Cars is now a “saga.” Wonder how many they’ll make before the well runs dry.

Uh . . . they all died. That’s the point of the story. What’s the sequel going to be about?

Movieinsider.com dryly notes of “Untitled 300 Sequel Project” that “no plot details have been announced.”

Maybe we get to watch them bury all the bodies.

The sequel will be shot in the Smithsonian. The perfect pair – a brainless movie franchise and the museum conglomerate that actually manages to make American history boring. 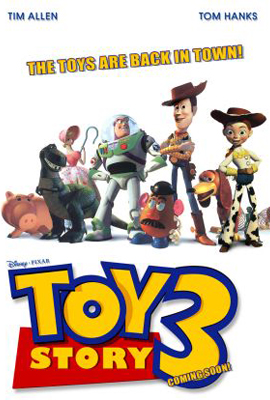 The project was started by Disney without Pixar’s involvement, solely to gain bargaining leverage over Pixar. In other words, they started it because they knew it was a bad idea and they wanted to hold Pixar’s baby hostage. The first thing the Pixar people did when they merged with Disney was kill this project.

Now they’re really making it. Check out the plot. Can even Pixar pull this off? 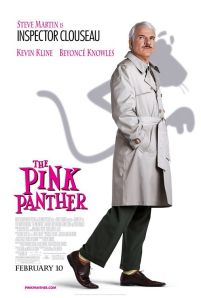 Where have you gone, Steve Martin? A nation turns its lonely eyes to you . . .

But after making fun of all these sequels, let me end on a positive note: Power of the Dark Crystal. See you in 2009.

This entry was posted on Friday, September 12th, 2008 at 9:34 am and is filed under Pass the Popcorn. You can follow any responses to this entry through the RSS 2.0 feed. You can leave a response, or trackback from your own site.

6 Responses to Pass the Popcorn: In Praise of Sequels . . . But Not These Sequels!