What’s the Matter with Oregon? 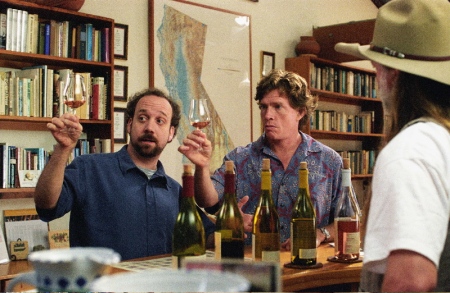 So, true story, last year I turned 40 near the end of a Phoenix summer. My fantastic wife, who I don’t deserve, told me that she had bought me a mystery trip for my birthday. “You’re leaving Thursday, I’m not telling you where you are going, but the high temperature there is around 78 degrees. You will be staying in a nice hotel and meeting an old buddy. Your pal has all sorts of fun things on the agenda.”

So that Thursday I got on a plane for Oregon. I met my old pal Kevin, my partner in crime from my hipster-doofus days in Austin. We hit the Northwest Music Fest and sampled the local cuisine. We rented a car in downtown, and the kid behind the desk informed us that they only had a Jaguar.

Kevin and I looked at each other, and said “Usually we hate Jaguars, but if it the only one you’ve got…”

Twenty minutes later we were going 100 miles per hour headed out of Portland to see the wine country. I told Kevin “You can hit on the Asian women, I’ll be neurotic about merlots…”

Anyway- I noticed two things about Oregon while I was out there. First- the kids all have tattoos. Second, the place is very Anglo.

All of this is a prologue to wondering: why is a place as well to do as Oregon score so poorly on the NAEP?

Florida’s K-12 population is majority minority (50.4%) while Oregon is not (26.4%). According to the Census Bureau, they spend about the same amount per pupil.

One of these states is making substantial progress, and one of them is not. So, what’s going on Oregon? Where is the progress part of being progressive?

This entry was posted on Wednesday, May 28th, 2008 at 4:12 pm and is filed under myth of helplessness. You can follow any responses to this entry through the RSS 2.0 feed. You can leave a response, or trackback from your own site.

11 Responses to What’s the Matter with Oregon?