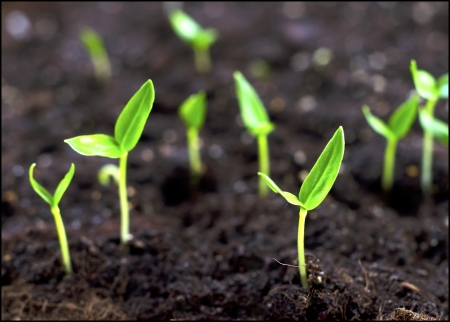 This weekend I was delighted to participate in an hour-long school choice debate on Moody radio’s coast to coast network. The experience left me all the more convinced that choice advocates must continue to de-emphasize the rhetoric of markets and competition, and emphasize instead justice, equal opportunity, diversity and freedom. In that order.

The proponent of the other side had come armed with empty, superficial anti-market talking points. Her argument against choice was basically “we want justice, equal opportunity and diversity, not markets and competition.” So when I opened my case with “we want justice, equal opportunity, diversity and freedom, and here’s how school choice delivers them,” and didn’t use the words market or competition, she was flummoxed.

Her superficial talking points would have been highly effective if I had said “we want justice, equal opportunity, diversity and freedom so we ought to embrace competition and markets.” That is, sadly, because reason and logic are not the only forces in public debate. Her strategy (consciously or unconsciously) seems to have been to use certain trigger words and phrases to prompt emotional responses in the audience – responses unrelated to logic. This is, as JPGB readers know, the nearly universal strategy of choice opponents.

If we stop using the words that allow them to do this to us, we take their toy away.

Of course the quesiton of why choice improves public schools did come up, and here it was necessary to make the point that choice prevents schools from taking students for granted. The body of empirical studies on choice and what they find also came up a number of times. One can make these points without 1) making them the be-all and end-all, or 2) using the specific trigger words that allow the other side to work their emotional trickery.

A final point: personal experience, unfortunately, trumps data. I talked about having visited several private schools in Milwaukee whose existence depends on the voucher program, and the amazing things these particular schools are doing. Then I mentioned the studies finding that choice is impoving education in Milwaukee. I played this card again when a caller raised the inevitable racist talking point “parents in the suburbs are involved with their children’s education but people in those neighborhoods aren’t.” Instead of saying “the data show urban parents make good choices for their kids; that’s a stereotype we shouldn’t be spreading” I said “my experience in urban neighborhoods leads me to believe they care about their children as much as other parents; that’s a stereotype we shouldn’t be spreading.” And then I tried to squeeze in a mention of the data.

This entry was posted on Tuesday, March 21st, 2017 at 8:18 am and is filed under competitive effects, Greg Forster, money myth, school accountability, school choice. You can follow any responses to this entry through the RSS 2.0 feed. You can leave a response, or trackback from your own site.